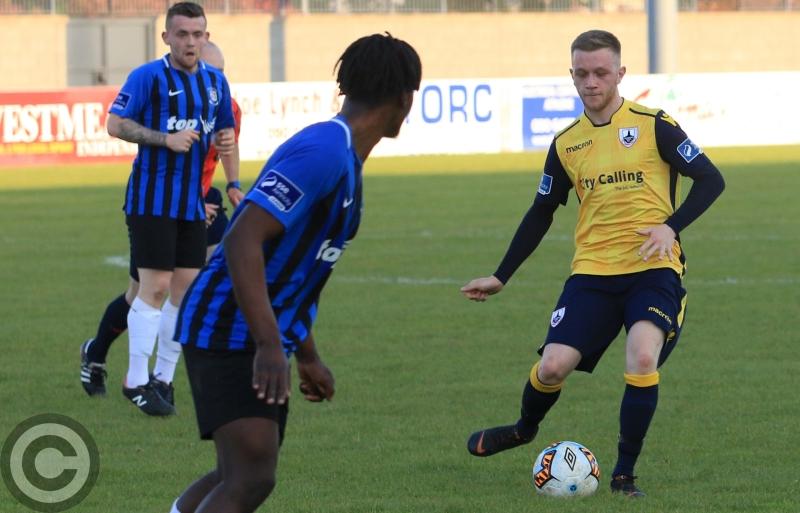 Longford Town move from their usual Saturday night slot this weekend as they entertain Galway United this Friday (kick-off 7.45pm) due to the Republic of Ireland friendly against the USA on Saturday next in the Aviva Stadium.

Both clubs go into this game after two poor results over the weekend with Galway losing one nil at home to Drogheda United and the Town being held to an embarrassing 1-1 draw away to Athlone on Friday night  last.

Last weekend the chasing pack were given a great boost when Cabinteely beat league leaders UCD at home with early goals from Watson and Clucas. Neale Fenn made a few changes to his starting line up for the game in Athlone, one enforced due to another injury to Peter Hopkins which he picked up in the Shelbourne game.

Evan Galvin came in for Hopkins when some supporters were wondering why Karl Chambers didn't get a run on the right side.

Jamie Hollywood, who started against Shelbourne but was replaced around the hour mark by Darren Meenan, was on the bench and he was replaced in the starting eleven by Dean Byrne.

Jack Brady also came into the side at the expense of Mick Kelly and he made a few excellent saves against Athlone.

With only one point picked up from their twelve previous games, Athlone appeared to be there for the taking but they battled hard for the draw.

Too many Longford players seemed happy to just go through the motions and there is no doubt that we could regret this draw at the end of the season as we still chase a promotion play-off position.

Drogheda have moved into second place and only two points behind the long time leaders UCD with a game in hand.

Galway come to Longford suffering from the hurt of the defeat at home to Drogheda and  Shane Keegan will have them well prepared for the visit to City Calling Stadium.

This Galway side is full of experienced players who mostly have played in the Premier Division. The team that started against Drogheda last weekend had nine that started the game against the Town in Eamon Deacy Park back at the end of March. The players who didn't play on that occasion were Robbie Williams, the defender signed from Limerick during the off season, and veteran Alan Murphy who recently broke the Galway goalscoring record.

The Galway defence is the best in the league having only conceded 11 goals. Their scoring record to date is 24 which is two more than the Town.

There is lots of experience in the Galway defence with Williams, Mark Ludden and former Town defender Stephen Walsh prominent in the tight back four.

Former Town player Ryan Connolly along with Gary Shanahan, Alex Byrne and Alan Murphy are all quality players in the midfield sector.

Experienced striker Danny  Furlong is a proven goalscorer and the dangerman will need to be closely watched in Friday's vital fixture.

The first meeting of the season between the clubs ended scoreless as both defences stood firm. Lack of confidence in front of goal seems to be affecting some of the Town players as the season progresses but hopefully that will change against Galway.