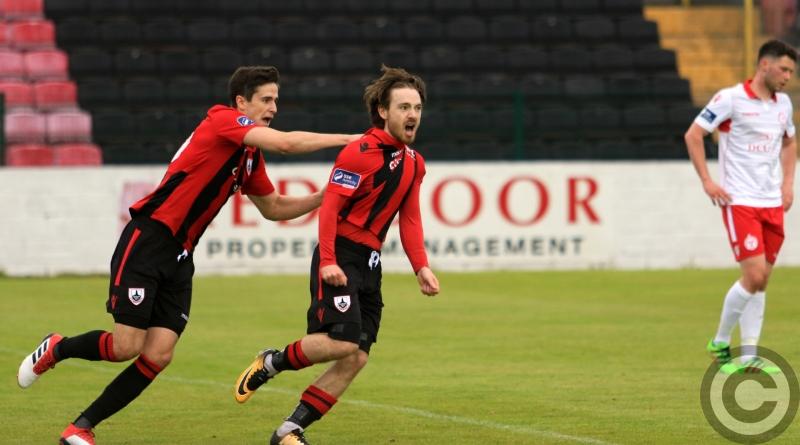 A stunning strike from Dylan McGlade earned Longford Town a draw against Shelbourne at City Calling Stadium on Saturday night but manager Neale Fenn felt it was a case of two league points dropped for his side in the battle for the play-off positions in the First Division.

“A 1-1 draw at home to Shels, not a bad result but it’s not what we wanted. You need to win and beat teams above you which we have not managed to do and this was a great chance we failed to capitalise on,” felt Fenn.

For the majority of the first half it was Shels who were in control in creating numerous chances and they eventually broke the deadlock in the 50th minute through former Town player David O’Sullivan but 11 minutes later McGlade scored the equaliser.

Longford had a glorious opportunity to take the lead in the 77th minute but Sam Verdon somehow directed his header wide when it was easier to score. Not putting away chances have been the biggest problem this season and Fenn’s frustration has become repetitive.

“I sound like a broken record now, talking about chances and not taking them. Sam knows he has to score from that header. He has been great for us and has scored some important goals but I am not going to hide away from the fact that he should have found the net against Shels.”