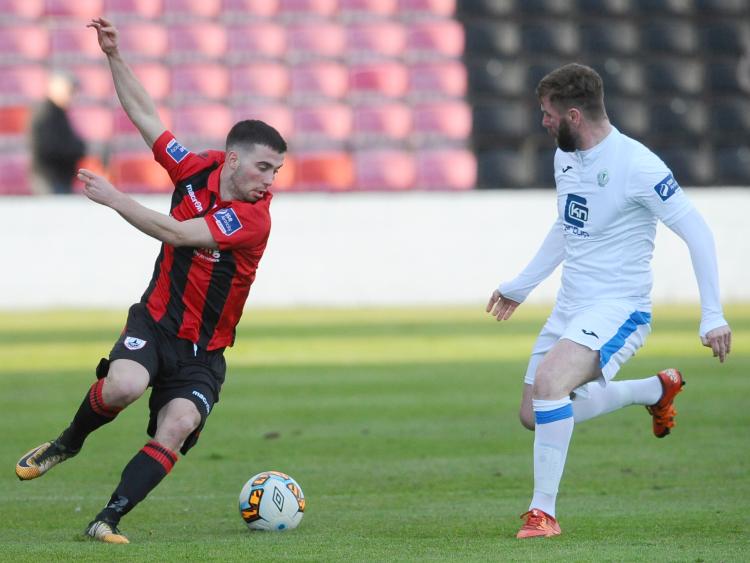 After successive home league defeats against UCD and Finn Harps, Neale Fenn's 'Red & Black Army' are back on track after beating Cobh 1-0 and Wexford FC 2-0 on their travels over the last two weeks. There was disappointment in between as the Town exited the EA Sports Cup, losing to Cobh in the quarter-final, but the home faithful should turn out in force to support the midlanders in the crucial clash against Shels.

In the earlier league meeting at Tolka Park, Longford finished the game with nine players as both Dylan McGlade and Sam Verdon were sent-off in the last fifteen minutes with Shelbourne winning the game 3-2 with a late, late injury time penalty.

David O'Sullivan, who spent five seasons at Longford Town with a record goals strike rate, came back to haunt his former club with a hat-trick and has continued his rich vein of scoring form with Shels in netting ten times already this season.

As well as O'Sullivan, the Town defence will also need to keep an eye on James English and Adam Evans in their bid to record a third successive league clean sheet in the league. Since beating Galway 2-0 at Tolka Park towards the end of April, Shelbourne have drawn their last three league matches,1-1 away to Drogheda United, 1-1 at home to leaders UCD, and 0-0 at home to Finn Harps so they are under pressure to get back to winning ways.

Only three points separate second placed Drogheda from sixth placed Longford Town with Shelbourne in fifth place just a point ahead of Longford and the current top six should be the teams that will battle it out for the title and the three promotion play-off places at the end of the season.

On the team news front, Aodh Dervin and Peter Hopkins have recovered well from their knocks but Saturday's game is probably too early for them to be risked with the midlands derby the following week away to Athlone their likely return fixture. Definitely out of the match against Shels are Shane O'Connor, Adam O'Connor, Cian Byrne and Alan Kehoe who are all on the injured list.