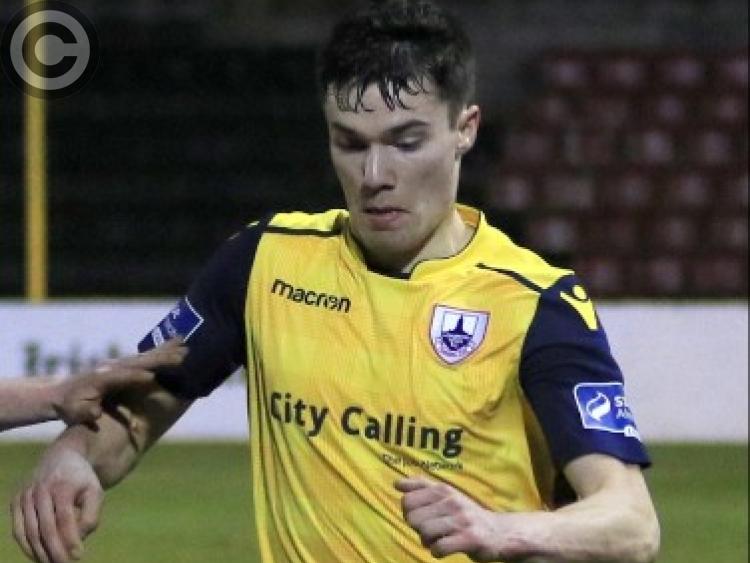 A goal in each half from Jamie Hollywood and Chris Mulhall saw Longford Town win away against Wexford FC at Ferrycarrig Park on Friday night to remain on course for a place in the play-offs.

Hollywood opened the scoring with an excellent strike in the 20th minute and then 10 minutes into the second half a Chris Mulhall header yielded a second goal to seal the vital three points.

This was Longford’s second league win in a row on the road following a couple of tough trips to Cobh and then Wexford in the space of a week. It was also a positive result and performance following their disappointing display on Tuesday night in the EA Sports Cup defeat away to Cobh.

The win over Wexford leaves the Town just three points adrift of a play-off spot and eight behind the leaders UCD with things at the top of the First Division table very tight at the moment.