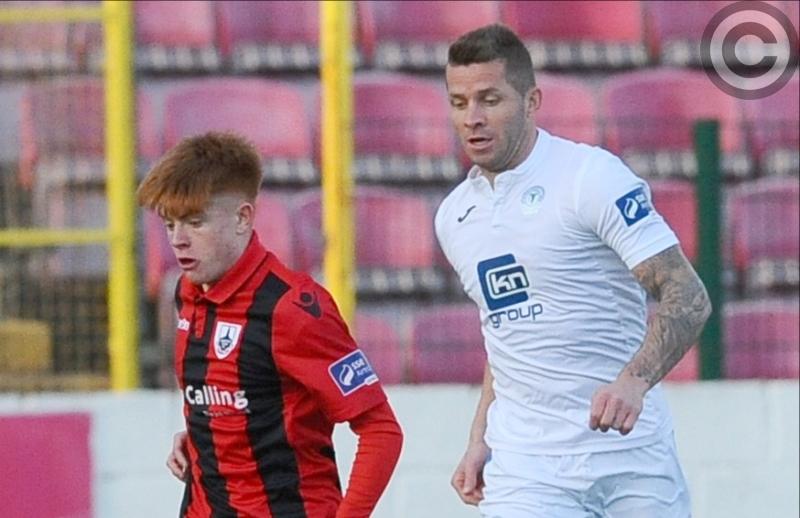 Longford Town are looking to bounce back from two successive home league defeats against UCD and Finn Harps when they travel to St Colman’s Park to face Cobh Ramblers in their next First Division fixture this Saturday night, kick-off 7.45pm.

The Town were outplayed in their 2-0 defeat to UCD but they were the superior team against Harps despite losing the game in the last minute. The Town have recorded two excellent cup wins in the last two weeks, beating Shamrock Rovers 1-0 away in Tallaght in the EA Sports Cup courtesy of an 89th minute winner from Daniel O'Reilly and then on Tuesday night of this week, Longford defeated UCD 2-1 in the Leinster Senior Cup at the Belfield Bowl.

Goalkeeper Jack Brady, midfielder Daniel Ridge and striker Jackson Ryan were given much needed game time against UCD. Ryan's man-of-the-match display and two goal salvo against UCD might earn him a starting place against Cobh on Saturday night as the 'red & black' seek a more clinical edge in front of goal.

Last season, Cobh's impressive young team finished second in the league and won three of the four league encounters against Longford with the midlanders emerging triumphant in the other clash. But Cobh have struggled to maintain that momentum this season as they lie eighth in the table with just eight points.

Longford Town have dropped to sixth after the two recent defeats, ten points behind leaders UCD and three points off a play-off spot, so a first away league win of the season is vital to keep the Town in touch with the teams above them in the First Division table.

In the earlier meeting this season, goals from Mulhall and Zambra gave Longford a 2-0 half-time lead but second half goals from Andrew Wall and Cian Leonard earned the Cork side a draw.

Saturday's league encounter is the first of two games between the sides in just four days as they will meet again in the EA Sports Cup quarter-final on Tuesday night next, also at St Colman’s Park.

On the team news front, Shane Elworthy, Alan Kehoe, Shane O'Connor, and Cian Byrne are still out injured and they have been joined on the casualty list by Aodh Dervin who had to be replaced at half-time last Saturday against Finn Harps. Exciting winger Peter Hopkins is available for the game and that is a big boost  for the club.