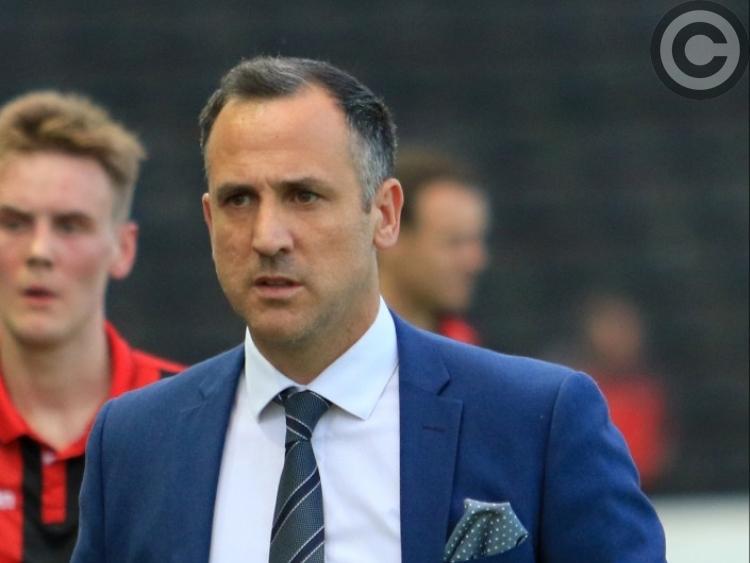 Longford Town suffered a setback in their quest for promotion when they lost at home for the first time in the league this season against the table toppers UCD at City Calling Stadium on Saturday night.

It was a very poor performance by the Town in this disappointing defeat and they offered little throughout the game. UCD had the better of the chances with Georgie Kelly scoring twice in the second half to clinch the victory for the students, watched by the official attendance of 472.

Fenn said: “It was really disappointing. Definitely our worst performance this season and not what we are about. We need to be a lot better than what we were against UCD if we are to be involved in the hunt for promotion.”

The goals that the Town conceded were poor from their point of view with defenders standing off players and not closing them down and Fenn was not pleased with the manner in which his side collapsed. “Normally you are dealing with a bit of pressure; crosses into the box. I didn’t see a goal coming but they just walked through us to win the match.”