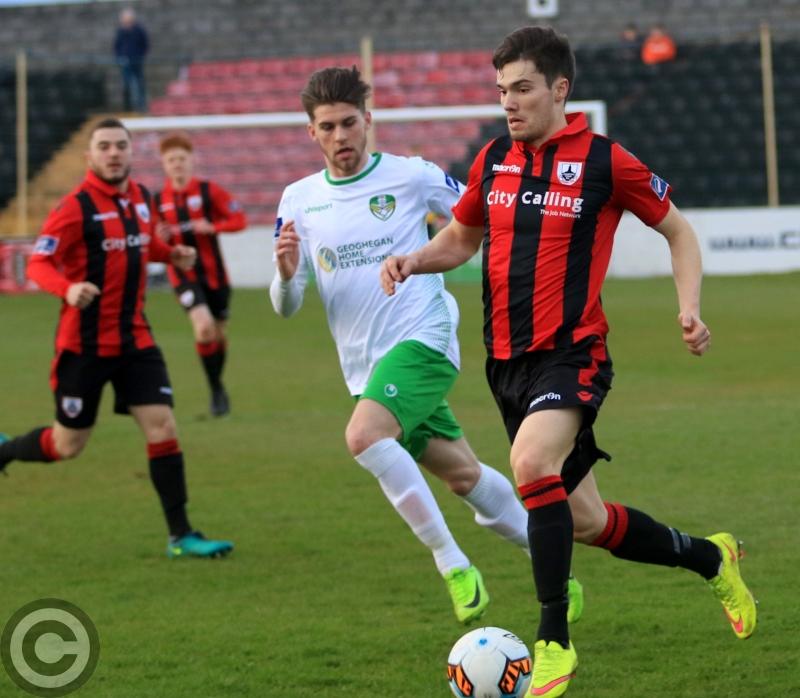 Longford Town moved up to fourth in the First Division table, just two points behind the leaders Drogheda United, following a fine win against Cabinteely at City Calling Stadium on Saturday night.

It was not pretty but the result was all that mattered as the Town picked up the three vital points which saw them remain unbeaten at home in four league games this season. Longford travel to play Drogheda United on Friday night on the back of positive performances away to Galway and the home clash against Cabinteely.

There was an element of luck about the Town’s first goal in the 9th minute as a cross from Shane Elworthy was deflected into the net by Cabinteely defender Kieran Butler while second half substitutes Peter Hopkins and Dean Byrne scored the late goals to make the victory absolutely certain.