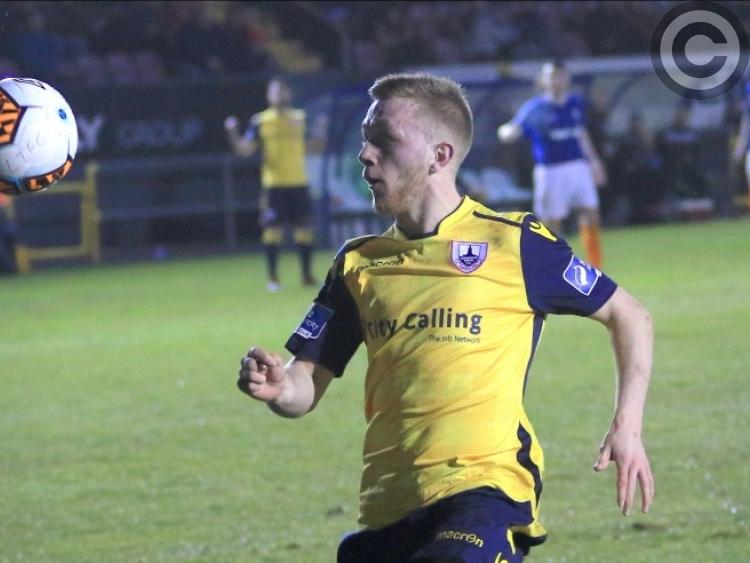 Cabinteely had a poor start to the season by their high standards but recent wins over Athlone and the surprise success against Drogheda United on Friday night last has pushed them up the First Division table.

Longford Town currently sit in fifth place on eight points, five behind the leaders UCD who have made a great start to the new season.

Cabinteely had a bad start to the season, losing four of the six fixtures played to date, but that does not paint a true picture as they have been unlucky in games. The defeats came against Wexford, Cobh Ramblers, Galway United and UCD but they have bounced back with the wins over Athlone and Drogheda.

Cabinteely beat a strong Drogheda side who were top of the table with goals from Kieran Marty Waters and a brace from young midfielder Stephen Ball in the 3-2 triumph.

While they lost first choice keeper Stephen McGuinness during the course of the game due to injury, under 19 keeper Finn McGowan did very well for Pat Devlin’s side.

Devlin may be working with a very youthful squad, with the exception of the experienced Waters, but he has a couple of very shrewd men alongside him in the backroom team - notably Eddie Gormley and Graham O’Hanlon.

The teams clashed on four occasions last season with the Town winning two, drawing one and losing the other league fixture in the first meeting between the clubs at City Calling Stadium in mid-March.

Jack Watson opening the scoring for Cabinteely after only two minutes and Kieran Marty Waters got  the second goal for the visitors in the 90th minute.

The second fixture was at Stradbrook on the first weekend in May and a drab encounter ended scoreless.

The third meeting at City Calling Stadium on July 1st was a very keenly contested affair with a rocket of a goal from defender Daniel O’Reilly in the 85th minute clinching the win for Longford Town.

The final game of the season between the clubs was played at Stradbrook on September 1st with the Town winning 2-0.  Sam Verdon broke the deadlock in the 39th minute and a second goal from Davy O’Sullivan in the 83rd minute made sure of all three league points for Neale Fenn’s side.

That was some late drama as Cabinteely were awarded a penalty but the spot kick taken by Marty Waters was stopped by Longford keeper Jack Brady who produced an excellent save to keep his net intact.

Two of the Town team that started against Galway on Friday night played with Cabinteely last season, notably keeper Michael Kelly and winger Evan Galvin and have settled in well with their new club.

Longford went into the game against Galway minus the injured Darren Meenan and Alan Kehoe while Dyan McGlade was suspended.

With the exception of Dean Zambra and Chris Mulhall, this was one of the youngest Town teams ever to play in the League of Ireland.

The starting eleven in Galway included three players who came through Longford’s underage system with all graduating from the U-19s.

The Town defence nearly automatically picks itself as they are a strong unit with newcomers Shane Elworthy and Mick McDonnell making a considerable impact.

Karl Chambers has shown the fine form from last season on returning to the team while striker Chris Mulhall is proving to be a big threat for opposing defences.

Aodh Dervin is continuing to impress and the young Longford lad is playing well enough to keep himself in the starting eleven.

Playing alongside the experienced Dean Zambra no doubt is helping the promising youngster and Aodh’s progress into the first team proves that local players can make into the senior squad.