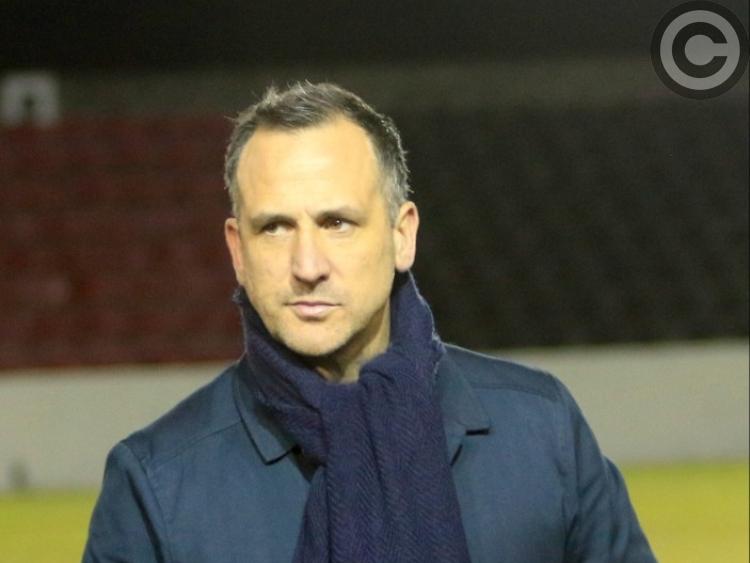 What is surely a midlands derby first, Athlone Town look set to travel to City Calling Stadium on Saturday (kick-off 7.30pm) without a goalkeeper in their squad.

Athlone Town manager Aaron Callaghan has hinted in the National media that this may very well be the case due to the fact the club are without their regular choices through injury and work commitments, while emergency deals are not open to amateur status sides, which Athlone Town fall under.

Teenage midfielder Luke Kelly played the full 90 minutes between the posts last time out as rock bottom Athlone lost 2-1 to Cabinteely. Considering the circumstances in which Callaghan’s boys found themselves in, this was in fact something of a morale booting result for the Westmeath outfit, who have lost all three of their opening First Division fixtures, including heavy 4-1 and 6-0 defeats against Galway United and Drogheda United respectively.

As for Neale Fenn’s Longford Town, it will be interesting to see how the hosts approach a game many are asking how large a margin they might win by as opposed to the result being in any doubt.

Regardless of outside perception, a win in this home encounter is of crucial importance for the ‘red and black’, who suffered a heartbreaking and somewhat cruel away defeat in Tolka Park last Friday. A hat-trick from Town FC legend, Davy O’Sullivan, downed the club he represented proudly for five years as the striker converted two penalties, including a 90th minute winner, to earn Shelbourne a 3-2 triumph.

Lessons will have to be learned both defensively, mentally and in terms of discipline by Longford Town, who had Dylan McGlade and Sam Verdon both sent-off during a heated encounter against Shels.

Neither of those players will be available to Neale Fenn this weekend due to suspension while Darren Meenan unfortunately suffered a hamstring injury in the first half of the game against Shels and is likely to be out of action for a number of weeks. Alan Kehoe (injured) remains sidelined as well.

Other than the goalkeeping crisis at Athlone, there is little team news to report at this time. Aaron Callaghan has opted for large scale changes in each of his team selection so far this this season, although he may opt for a more settled line-up considering the positive performance against Cabinteely despite another defeat.

Callaghan is quoted as being impressed by the performance of ex-Longford Town youth, Aaron Brilly, who has also played for Cabinteely previously in the League of Ireland, while another former Town player Etanda Nkololo is also a member of the current Athlone Town squad and played in the humiliating 7-1 defeat at the hands of Longford at City Calling Stadium last season.

Admission to the midlands derby at City Calling Stadium this Saturday is just €10 for adults, €8 for students/OAPS and €5 for children under 12. Kick-off is 7.30pm.