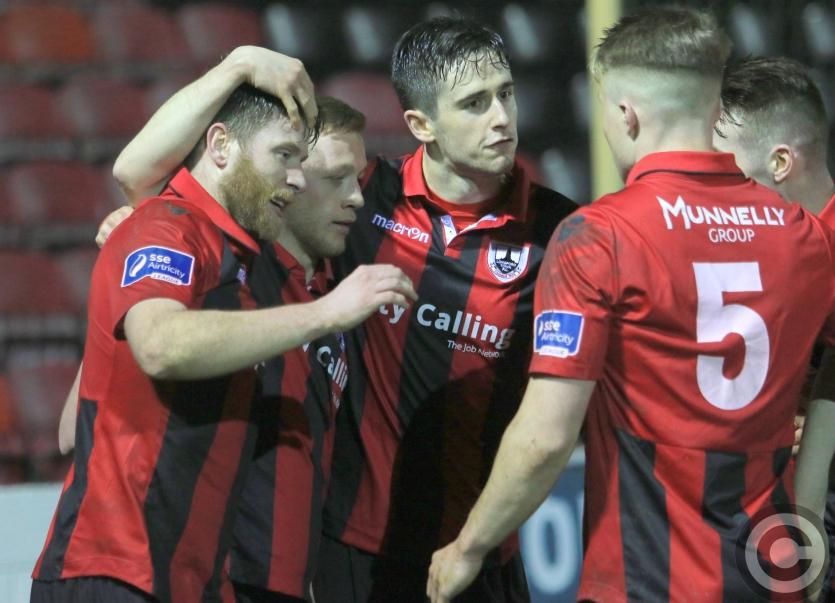 Two goals from Chris Mulhall and another from substitute Dylan McGlade saw Longford Town register their first win of the season at City Calling Stadium on Saturday night.

Manager Neale Fenn was delighted with the win over Wexford and said  the most pleasing part was not conceding a goal.

“A clean sheet was the most important thing. I think we always have goals in us with our creative players. It’s keeping a clean sheet and a base to build on if we can be solid at the back as well as going forward and creating chances.”

Longford Town did create plenty of chances but were thwarted on a number of occasions by Wexford keeper Danny Bolger while both Sam Verdon and Peter Hopkins were denied by the post. Wexford’s Dean Kelly also hit the woodwork too.

This emphatic result saw the Town move up to the top of the table on the same numbers of points (4) as Galway United, UCD and Cobh Ramblers. It may be early days but results so far have shown how tight it’s going to be in the First Division this season.