Town striker clocked up 82 goals for the club 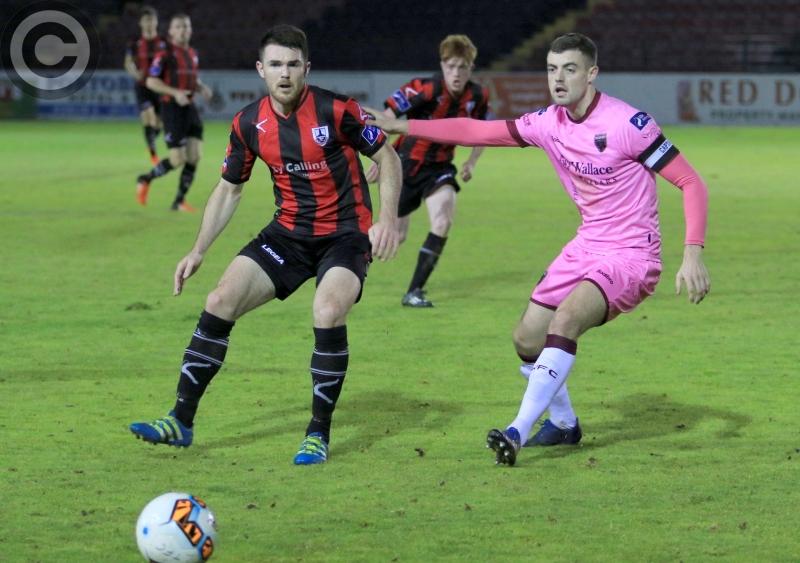 Longford Town's record breaking goalscorer David O'Sullivan, clocking up 82 goals, has confirmed his departure from the club on Twitter.

Since signing from Leinster Senior League side Wayside Celtic back in 2013, prolific striker O’Sullivan has been the top goalscorer for Longford Town in each of his five years with the club including 24 goals in the 2014 season when the First Division league title was won.

In what turned out to be his last game for the club back on October 7, O'Sullivan scored the goal in the 1-0 win over Wexford FC at City Calling Stadium in the final fixture of the 2017 First Division league season.

David O’Sullivan announced his departure on Twitter on Thursday, making the following statement:

“I would like to take this opportunity to thank everyone involved in the Club, the Board, the Chairman Jim Hanley, and the coaching staff for all you have done for me during my five year spell.

“To the fans, thank you for being so welcoming and supportive to me since my arrival, and also for your continued support throughout the years during both the good and bad times.

“It’s been a fantastic journey with a brilliantly run club, one I will never forget.”

David O’Sullivan was nominated for the Longford Sports Star of the Month Award in March and August this year.

David was back to his lethal best as he scored all three goals for Longford Town in their win over Athlone in the Airtricity League First Division clash at the Lissywollen grounds in March. O'Sullivan remarkably repeated the feat with another hat-trick against the same opposition in the thrilling 4-3 success in the first round of the EA Sports Cup in early April.

Longford Town achieved a record equalling result since the club were elected to the League of Ireland in 1984 when they hammered Athlone Town 7-1 in the First Division game at City Calling Stadium in August and the star of the show was striker O’Sullivan who hit another hat-trick, his third this season against the neighbouring club in what was a remarkable achievement.