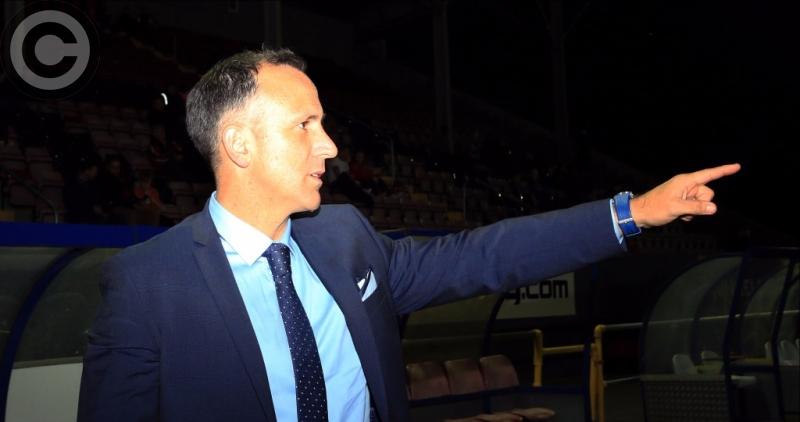 A first half goal from David O’Sullivan earned Longford Town a win in their final league game of the season against Wexford FC at City Calling Stadium on Saturday night last.

O’Sullivan got his head onto a Karl Chambers cross in the 34th minute to direct the ball past Wexford keeper Danny Bolger and that was the difference between the sides in the finish.

It may have been the final game of the season but Town boss Neale Fenn is already planning for next season.  “We have been playing for next season for the last couple of weeks as most teams are. We are just trying to get lads agreed; who we want to stay and who can leave. That has been the hardest bit because all the lads have been really good and have a great attitude. We have spoken to all the squad and we need to get the right players in for next season.”

With nothing much to play for the game was typical end of season fare with the Town showing glimpses of the football they can produce and the win   pleased their manager.

Fenn said: “I think it was a bit of a scrappy game. I thought it was poor; typical end of season stuff. We can play better than that but we did have some good passages of play.

“We are delighted to finish the season with a win and a clean sheet. When we do keep the ball on the ground and move it around we do play well and we need to do this on a consistent basis.”

Longford Town dominated the game with Wexford FC creating nothing of note to trouble the home defence and keeper Jack Brady.

The first chance materialised in the 15th minute when a neat move involving a number of players ended up with Sam Verdon being put through on goal but he hit the sidenetting.

Despite enjoying the greater share of the possession the Town didn’t create much until the 34th minute when they broke the deadlock; a perfect cross Karl Chambers connected with David O’Sullivan whose glancing header found the back of the net.

Two minutes later O’Sullivan had a chance to score a second goal. Local lad Aodh Dervin played the ball into the Town striker but he was denied by the Wexford keeper Danny Bolger who brought off a smart save.

It was all Longford at this stage and four minutes before the break Peter Hopkins had a chance but it was blocked down by the Wexford defence.

It was more of the same in the second half with Karl Chambers having the first opportunity in the 48th minute but his low drive from distance just went wide.

Substitute Cian Byrne then tested Bolger in the 69th minute but the opposing netminder saved the shot.

Wexford offered nothing as the Town continued to dominate but didn’t create many clear-cut chances.  Near the end Cian Byrne had another chance on goal but his header went wide.

With Shelbourne beating Cabinteely, the Town failed to finish in the top half of the First Division table but positives can be taken out of the last couple of months since Fenn took over.

The manager really appreciated the support he has received since he arrived at the club and it’s clear that the Longford followers are happy with the Londoner in charge.

“We want people to come to matches. That will happen if you are winning and that is important but also if you are playing good stuff.

“As long as we keep turning the positive performances into wins then the crowds will turn out.

“There is a massive interest here and we want to give supporters something to cheer about and enjoy,” concluded Fenn.