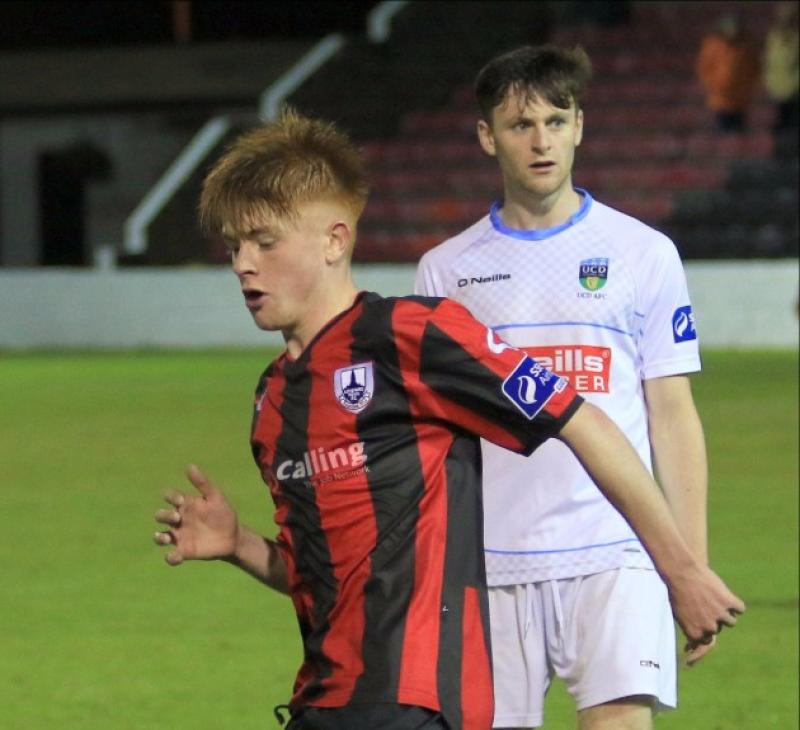 Longford Town slipped back down to fifth in the table as they fell to a defeat away to the First Division champions Waterford FC in the second last league game of the season on Friday night.

Substitute Davy McDaid got the only goal in the 81st minute when he picked up a long ball out of the defence and lobbed his neat effort over the Town keeper Jack Brady. In the four league fixtures between the clubs this season Longford just collected a single point against Waterford.

It was typical end of season fare on the pitch with neither side really dominating possession and a draw would been a fair result. Off the pitch the RSC was rocking as a bumper crowd of 2,547 were in attendance to see Waterford lift the First Division trophy.

Once again Town manager Neale Fenn gave local lad Aodh Dervin a start and he put in another good display. Tristan Noack Hofmann also returned to the starting line-up after being on the bench against UCD the previous week.