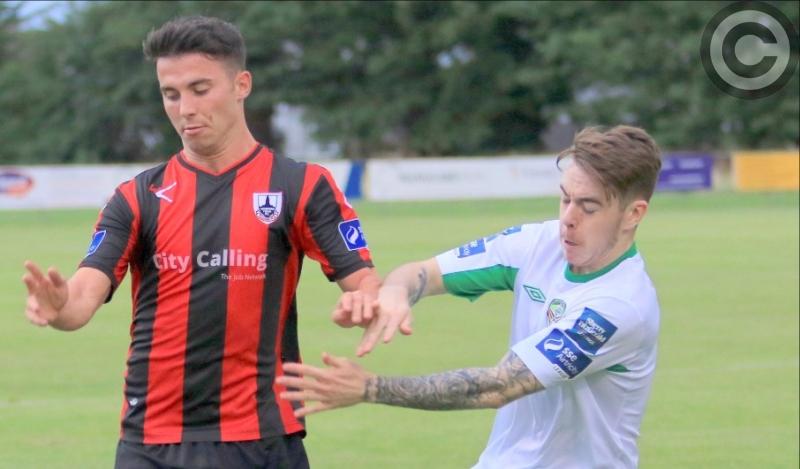 Longford Town face a tough task this Saturday night when they entertain Cup holders and Premier League champions elect Cork City in what should be a cracking encounter at City Calling Stadium, kick-off 7.30pm.

The Cup is a great break from the League campaign for most clubs and Cork come to Longford a game or two away from winning the Premier Division title for the first time in years.

John Caulfield, who won the league as a player for Cork, is doing an exceptionally good job.

With the league title within their grasp Cork have been struggling  in recent weeks, having lost three of their last league matches.

Last weekend they travelled to Tallaght and were well beaten by a very young Rovers side that included former Town player Gary Shaw in their starting eleven.

A few weeks previously Sligo Rovers travelled to Turners Cross and came away with a 1-0 victory. It was real backs to the wall stuff from Sligo who lost 4-2 in extra time to the Town in the FAI Cup the previous weekend.

There is no doubt that the departure of Seanie Maguire has a big bearing on their recent poor showings in the League. Maguire and full back O'Connor joined the big Irish revolution in Preston.

Cork signed Kieran Sadlier from Sligo Rovers and the former West Ham and Republic of Ireland under 21 player looks a very good prospect.

With Maguire gone a lot will be expected from Karl Sheppard who spent some years in the UK with Reading and Accrington Stanley before coming back home where he played with Shamrock Rovers and Galway United.

Given half a chance he will punish clubs and they also have Frenchman Achille Campion who also joined Cork from Sligo Rovers having previously played with Torquay in the UK.

Cork's big plus is that they have a very strong defence in front of Mark McNulty who has become one of the best keepers in the League over a long period.

Central defender Alan Bennett started his career at the club before signing for Reading and he had stints with Brentford, Wycombe Wanderers, Cheltenham Town and AFC Wimbledon before returning to Cork back in early 2015.

There is no doubt that Bennett is a very accomplished and experienced defender and he is partnered in the centre by 20 year old Ryan Delaney who is a current Republic under 21 player. He started his football life with Wexford Youths and signed for Burton Albion in the UK but Nigel Clough his manager allowed him to go on loan to Cork and he has done so well for his new club.

Stephen Beattie, the former Bohs and Sligo Rovers player who made his Cork debut in Longford in 2015 in the 4-1 win over the Town,  is a very experienced player who can play in midfield or at right full. Shane Griffin is now the regular left full after coming back from Reading.

Conor McCormack, the former Derry City and St Pats player, is the playmaker in midfield but he was also used in defence.

Jimmy Keohane is another ex-Sligo player who also played with Bristol City and Exeter but he started his football with Wexford and he is a very experienced midfielder.

Gary Buckley and Gearoid Morrissey give Cork a big advantage over other teams in midfield. When you look at the Cork bench you really see the strength in their squad. Frenchman Campion came off the bench in Tallaght as did former Limerick defender Robbie Williams who replaced Bennett at half-time.

Conor Ellis, another up and coming star, replaced Conor McCormack at half-time also. Greg Bolger the former St Pats midfield star was on the bench on Friday and he would walk into most Premier Division sides.

When you look at the Cork squad you can see that it's full of talented players and it will take a super performance to get a result against the team that beat Athlone Town 7-0 in the last round of the Cup in Turners Cross and who beat Bray Wanderers in the Carlisle grounds in the previous round.

Back in 2007 the teams met in the Cup final and despite being short a few top players the Town were so unlucky to lose the final 1-0.

Nobody will give Longford a chance against Cork on Saturday so it's up to this new look Town team to spring a shock in their bid to get through to the semi-final.