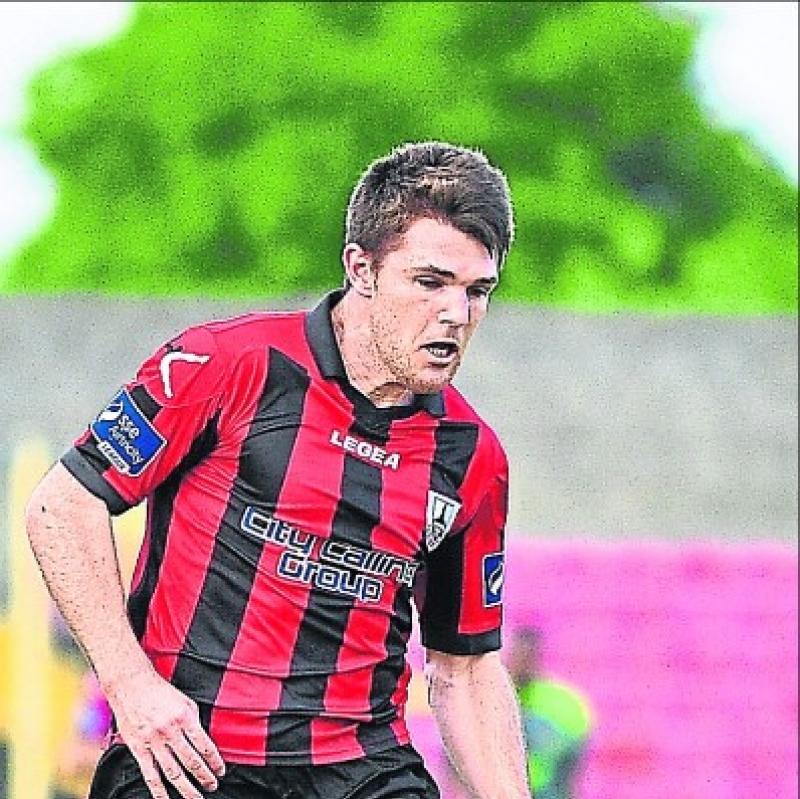 Longford Town striker David O'Sullivan, who scored a hat-trick in the space of ten minutes against Athlone at City Calling Stadium on Saturday night.

In what was apparently a record win since the club were elected to the League of Ireland in 1984, Longford Town scored seven goals in inflicting a demolition job on Athlone in this midlands derby massacre at City Calling Stadium on Saturday night.

David O’Sullivan hit another hat-trick, his third this season against Athlone in a remarkable achievement, as the Town ran riot against a depleted Athlone outfit who had just two substitutes on the bench and were ripped apart by the rampant home side.

Watched by the official attendance of 480, O’Sullivan scored the first three goals in the 3rd, 8th and 13th minute to leave Longford leading 3-0 at the break but there was a glimmer of hope for Athlone when Ryan Gaffey found the back of the net in the 47th minute.

The Town put the issue beyond all doubt with a fourth goal from a Daniel O’Reilly header in the 59th minute and the rout was completed with a further brace from Karl Chambers (76th and 83rd minutes) while substitute Kealan Dillon also got his name on the scoresheet from a terrific long range volley in the 81st minute.