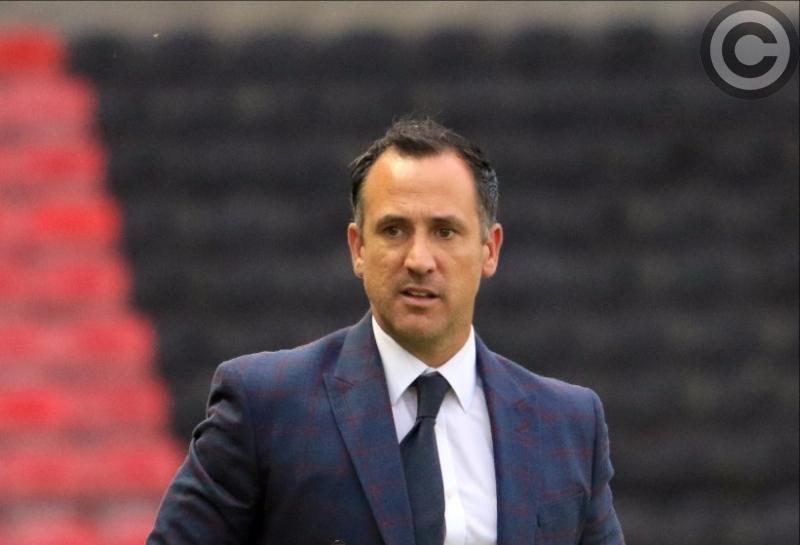 Longford Town manager Neale Fenn has guided the club through to the second round of the FAI Cup following the shock win over Sligo Rovers at City Calling Stadium. Photo: Syl Healy

Longford Town scored a famous win over Sligo Rovers as they knocked the Premier Division side out of this season’s FAI Cup after extra-time, much to the sheer delight of the home supporters among the official attendance of 667 who watched the exciting first round clash at City Calling Stadium on Saturday night.

Man of the match Peter Hopkins put his side ahead in the first half of extra-time with an excellent goal and substitute Kealan Dillon made sure of the great win with the fourth goal for Longford in the 117th minute.

Sligo finished the game with 10 men after Jamie McDonagh was sent off for a second bookable offence in the 114th minute while Hopkins had a chance cleared off the line in the 115th minute of this entertaining game.

The Town took the lead in the 26th minute after Dean Zambra played in Karl Chambers and he made no mistake to find the back of the net.

The lead only lasted five minutes as a cross from John Russell was headed home by Daniel Kearns for the Sligo equaliser. Town keeper Jack Brady and his defence stood still waiting for the flag to go up for offside but none appeared.

As Sligo began to get more into the game they created a couple of chances and in the 42nd minute Benny Igiehon found the back of the net to put the visitors ahead.

In the 52nd minute Rhys McCabe brought a fine save out of Town keeper Brady while down the other end Jake Kelly tested Sligo netminder Michael Schlingermann.

In the 83rd minute Sam Verdon struck to score the Longford Town equaliser (2-2) and then Sligo’s Jamie McDonagh brought a great save out of Jack Brady in the 87th minute before firing over minutes later as the game went to extra-time and ended in a memorable 4-2 victory for Neale Fenn’s side.