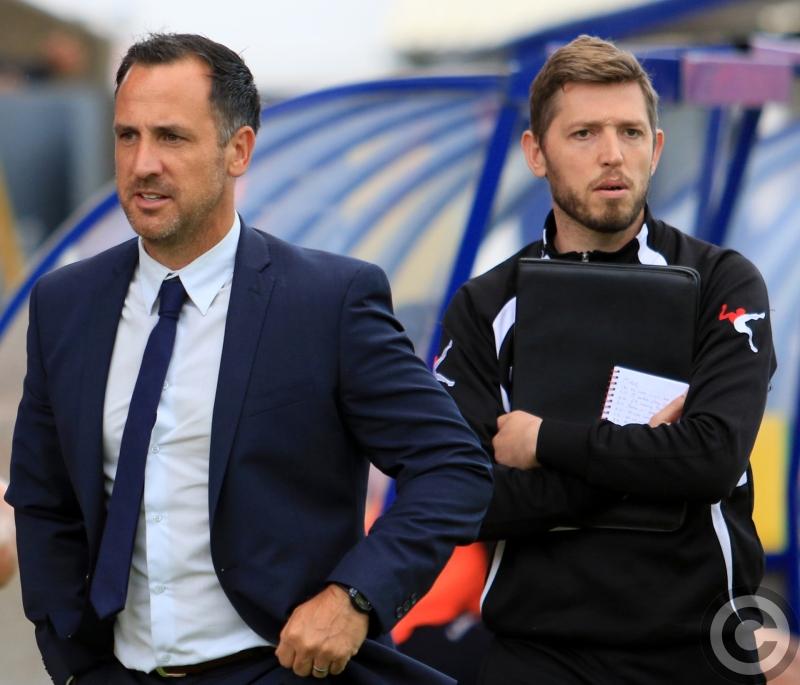 Sligo come to Longford as second bottom of the Premier Division and fighting to stay in the  top flight as they are in a dogfight with five other clubs all fighting to avoid the dreaded drop.

After spending almost a full season back in the dreaded First Division we can confirm that this division is a disaster area for clubs who are trying their best to survive against all the odds.

At the moment Drogheda looks as if they are going down but after that Sligo are second bottom on 24 points while Limerick who are sixth from bottom are on 28 points. Between them are Finn Harps, St Patrick’s Athletic and Galway United  and one has to say that all these clubs would be looking for a good cup run but staying up must be their priority. Sligo's last two home games yielded two points from draws against the reigning champions Dundalk and St Patrick’s Athletic.

Sligo have a great Cup pedigree having won the competition on five occasions. Their first victory was back in 1983 while the second came eleven years later in 1994. They had back to back wins in 2010 and 2011 and their last win  in 2013.

The last few seasons were traumatic for Sligo as they were struggling on the field of play and that meant that they had some management changes. Gerard Lyttle, who was previously manager of Cliftonville in the Irish League, took over recently as the Sligo supremo.

The former Northern Ireland under 21 international had spells as a player with Celtic, Peterborough and Northampton Town. Lyttle resigned as manager of Cliftonville to take over the Sligo hot seat and he may be sorry to have left a secure job in the Irish league to take over this pressure job with Sligo Rovers.

There is no doubt that the Sligo job is a very good one as Sligo is a real soccer Town and have the capacity to get big crowds if they are doing well. Personally I think they will bring a huge travelling support and we hope that we will have a similar response from our support also.

During the recent July window the Sligo Rovers manager Lyttle was very busy in the transfer market bringing in three new players as he is trying to strengthen his squad. Sligo are really struggling in front of goal having only scored 24 goals in 25 games and with that in mind Lyttle signed Vinny Faherty from Galway while Sligo striker Jonah Ayunga made the move to Galway.

Faherty was with Limerick previous to signing for Galway and has a knack of scoring important goals. Lyttle also signed striker Greg Moorhouse from Northern club Glenavon and winger Jamie McDonagh from Scottish side Greenock Morton. Sligo also signed another striker Benny Igiehon from Scarborough, midfielder Rhys McCabe from Dunfermline and Seamus Sharkey who was a free agent.

With so many new signings Gerard Lyttle has strengthened his squad considerably and it's hard to believe that they are currently at the wrong end of the Premier Division table. Keeper Michael Schlingermann is one of the best of the league and he has lots of experience in front of him.

Another overseas player Tobi Adebayo-Rowling is a very decent right full but is suspended for the game against Longford while local lad Regan Donnellan, who came through the clubs underage set up, has turned out to be a very good left full.

Mick Leahy is doing very well in the centre of the defence alongside former Republic of Ireland under 19 international Kyle Callan McFadden who makes up a more than useful central defensive partnership. Craig Rudden is one of their unsung heroes in midfield alongside Rhys McCabe, John Russell who is another influential midfielder while they can also call on Daniel Kearns and new recruit Jamie McDonagh in this sector.

In the league game v St Pat’s on Saturday night last Moorehouse and Igiehon were the preferred strike force but manager Lyttle brought on new signing Faherty to bolster their strike force and they also introduced local favourite Raffaele Cretaro after only 36 minutes for Daniel Kearns who looked as if he had picked up an injury.

The Town defence will need to be in top form against this new look Sligo team but they have problems at the back as they have conceded 40 goals this season.

The Town travelled to Cobh on Saturday last with the backbone of the team missing for various reasons. Both Noel Haverty and Daniel O'Reilly were missing from the centre of the defence, Haverty through injury and O'Reilly who was suspended and manager Fenn had a new partnership of Gorman and recent signing Finnegan and one would have to say that the regular partnership were really missed.

Team captain Kevin O'Connor missed the game through injury and manager Fenn will be hoping to have him available for this big Cup game on Saturday. Another midfielder Kealan Dillon was ruled out due to suspension and another new signing Kaleem Simon also missed the game in St Colman's Park.

There were two debutants for the Town in this game. Former Bray player Alan Kehoe did very well in his first game for the club and he looks a very good prospect. Peter Hopkins, who joined the club from top junior squad Sherrif YC, was introduced in the 85th minute and he replaced Aidan Friel.

Gavin Boyne replaced Rhys Gorman in the 69th minute. There was some good news for the long suffering Town supporters when David O'Sullivan (back after a lengthy injury absence) came off the bench just past the hour mark when he replaced Cody Mulhall. It's great to have David back in the squad and in the team and there is no doubt that he will be a big threat for the Sligo defence.

Jack Brady got the nod over long serving Paul Skinner in goal and the former Shelbourne player could not be blamed for either goals from the very impressive Cobh side. The Town side that started in St Colman's Park on Saturday was one of the youngest ever to represent the Town and the fact that they should have taken something out of the game shows that this new look squad can cause a few upsets in the final weeks of the season and will be hoping to spring a shock against Sligo Rovers at City Calling Stadium on Saturday night.