Longford Town crash to another defeat against Cobh Ramblers 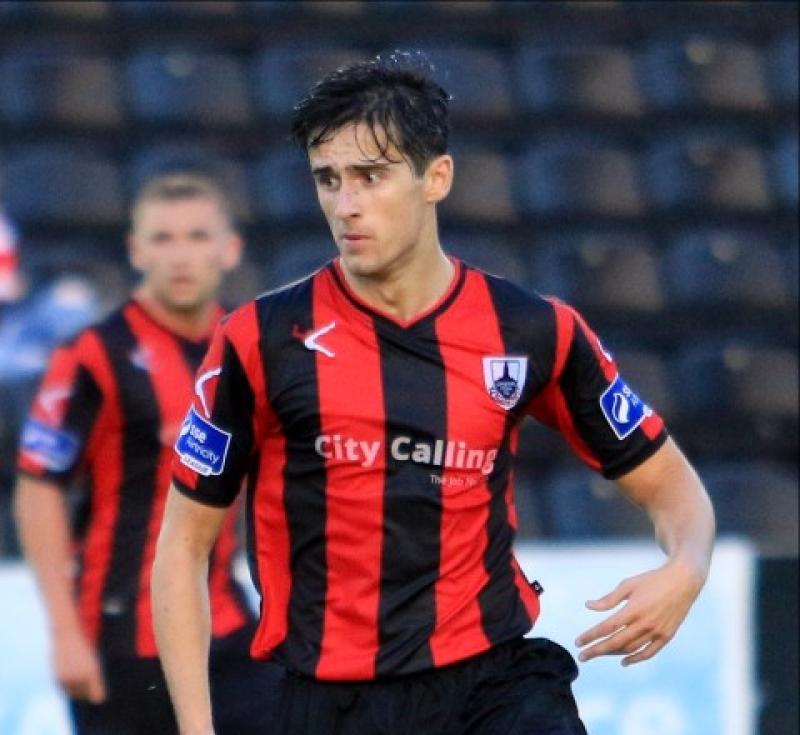 Longford Town crashed to their second defeat in a row and their third against Cobh Ramblers this season on Saturday evening last.

It was a disappointing performance from the Town who offered very little throughout and were toothless in attack in the First Division clash at St Colman’s Park.

With Kealan Dillon and Daniel O’Reilly both suspended, Town boss Neale Fenn had to change things around and a number of new signings were given their chance to impress.

Just two minutes had gone on the clock when Cobh had a chance to open the scoring; Kevin Taylor got to the endline and his cross fell to Darren Murphy but he struck his effort over the bar.

In the 11th minute Craig Donnellan had a chance after a nice passage of play from Cobh. He took a shot but it just went wide of the post. Both sides then enjoyed possession but nothing was created.

Cobh were awarded two free kicks in the space of two minutes as they pressed for the opening goal.

In the 27th minute they broke the deadlock with a free from Cian Leonard that curled over the wall and into the top corner.

As half-time approached Town tried to get back into the game and began to dominate proceedings. In the 39th minute a cross from Tristan Noack-Hofmann was met by Don Cowan but his effort just went wide.

Two minutes after the break Town created a chance; Paul Finnegan played the ball to Kehoe who won a corner, Cowan came up for the corner but his header went wide.

Town began to press but created nothing of note. In the 63rd minute they introduced David O’Sullivan who had been out injured for a number of weeks.

It was all Town at this stage but against the run of play Ramblers doubled their lead in the 66th minute. Kevin Taylor played the ball over the top of the Town defence and was met by Darren Murphy going through and he finished from close range to make it 2 nil.

Taylor was proving to be a threat and in the 74th minute he won a corner, Donnellan forced another corner for the home side but this time no one was able to connect.

As the game entered the final 10 minutes Town began to apply pressure and forced two corners in a row which Ramblers were able to deal with.

Down the other end and Ramblers had a chance when substitutes Ian Mylod and Beinonen O’Brien-Whitmarsh combined but Murphy was unable to connect.

The Town forced corners again but the Ramblers defence and Hunt weren’t troubled. As the clock ticked down Longford tried to get something out of the game but Ramblers were able to sit back and defend the comfortable two goals cushion.