Longford Town go down against Shelbourne at City Calling Stadium 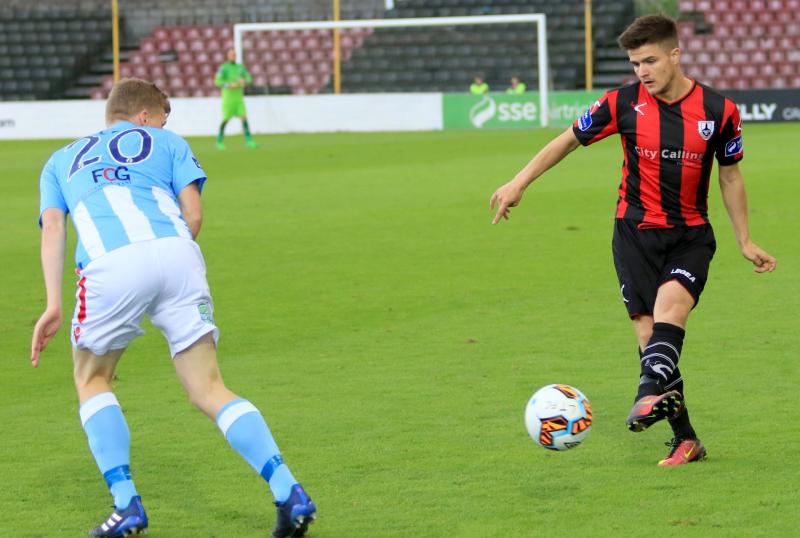 Longford Town crashed to a disappointing defeat against Shelbourne at City Calling Stadium on Saturday night as they dropped to sixth position in the First Division league table.

For the second week in a row, Neale Fenn’s finished the game with 10 men after defender Daniel O’Reilly was sent off in the 60th minute for a second yellow card offence.

And in another significant setback defender Noel Haverty was forced to retire injured in the 23rd minute.

Longford were also dealt a blow before the game when captain Kevin O’Connor was injured in the warm-up and he was replaced by Cody Mulhall.

The game was evenly poised prior to O’Reilly dismissal and with numerical advantage Shelbourne went on to claim the win with goals from Adam Evans and Reece McEnteer.

The Town had taken the lead in the 8th minute through a powerful header from defender Tristan Noack-Hofmann but Shels got back on level terms ten minutes before the break with Jamie Doyle scoring the equaliser.