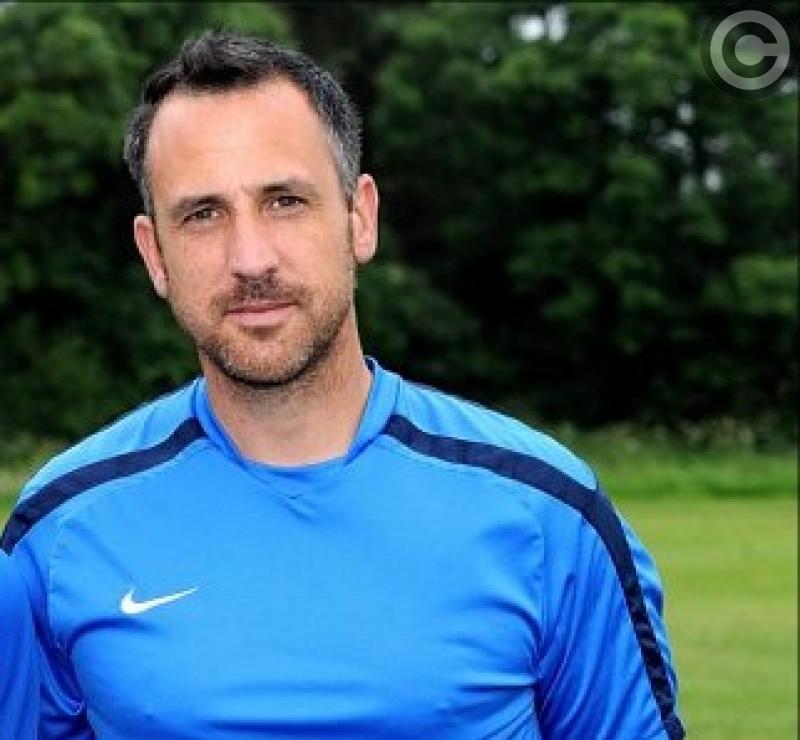 Former League of Ireland star Neale Fenn, who has been appointed the new manager of Longford Town FC.

Enda Curran was the Longford Town saviour in scoring the late equalising goal that earned his side a draw against Athlone in the midlands derby on Friday evening last. The result extended the current unbeaten run to four games under the guidance of caretaker boss Gary Cronin with new supremo Neale Fenn (the former assistant manager at Leyton Orient and Drogheda United) set for his first league fixture in charge of Longford Town FC against Cabinteely FC at City Calling Stadium on Saturday, kick-off 7.30pm.

Athlone, with Roddy Collins back in charge, looked all set to beat their neighbouring rivals for the first time this season but there was late drama in the Airtricity League First Division clash at the Athlone Town Stadium as Curran finished the ball to the net in the 88th minute after connecting with a Cody Mulhall pass.

Longford almost  snatched a winner in the 90th minute when Dean Zambra’s effort was first saved by Athlone netminder Igor Labuts and while the breaking ball came back to Zambra, he was again denied by Labuts who came to Athlone’s rescue with a vital stop to make sure his side emerged with a point.

Athlone took the lead in the 12th minute through Conor Barry but Jake Kelly levelled for Longford  three minutes from the break. Ethan Keogh put Athlone back in front in the 60th minute but two minutes from time former Athlone player Enda Curran struck to give Longford a share of the spoils.

It was Dean Zambra who had the game’s first chance but his effort was too high in the 7th minute. Two minutes later Jake Kelly had a chance but his volley went over the bar.

Longford continued to dominate but couldn’t create an opening and it was the home side who broke the deadlock against the run of play in the 12th minute when Niall Scullion’s free-kick was turned into the net by Conor Barry.

Jason Lyons could have doubled Athlone’s lead in the 22nd minute but his effort just went narrowly wide. On the half hour mark Jake Kelly came close for Longford when he was just inches wide.

In another Athlone attack Kirils Grigorovs set up Ryan Gaffey but his shot failed to trouble Town keeper Paul Skinner. In the closing stages of the first half Longford got back on level terms when Jake Kelly’s lob bounced into the net.

Just before half-time, Longford had a great chance to take the lead; Kelly with the pass to Kealan Dillon but his shot hit the butt of the post.

The visitors started the second half brightly but it was Athlone who had the first proper chance on the changeover when in the 55th minute Gaffey forced Skinner into making a fine save. Five minutes later Athlone were back in front. First they had claims for handball turned down and then the ball came out to David Brookes and his cross was headed past Skinner by Ethan Keogh.

Keogh was the provider in the 67th minute when he played the ball into Lyons but his shot came off the post in what was a very lucky escape for Longford who would have been in big trouble had Athlone scored a third goal at that stage.

Enda Curran was introduced for Karl Chambers in the 75th minute and Cody Mulhall for Aidan Friel soon after as the Town went in search of a second goal and it eventually materialised In the 88th minute. The substitutes combined with Mulhall playing the ball into Curran and the Galway man fired a low shot to the back of the net to earn Longford a deserved draw.