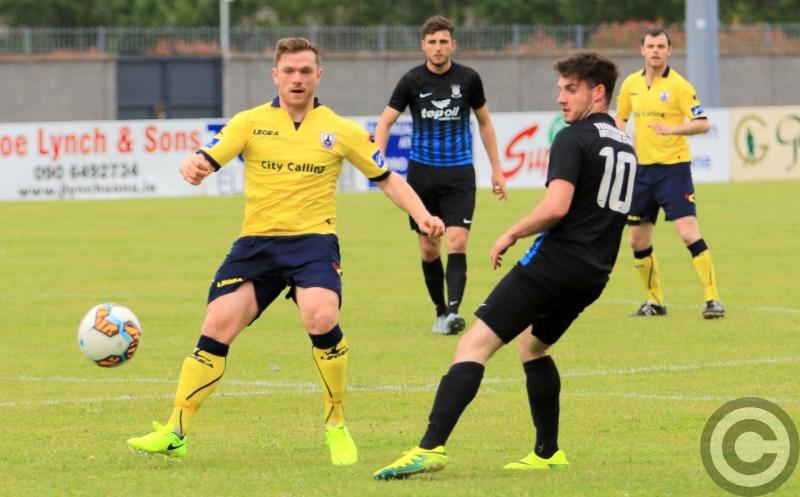 Enda Curran was the Longford Town saviour in scoring the late equalising goal that earned his side a draw against Athlone in the midlands derby on Friday evening, a result that extends the current unbeaten run to four games under the guidance of caretaker manager Gary Cronin.

The home side, with Roddy Collins back in charge, looked all set to beat their neighbouring rivals for the first time this season but there was late drama in the Airtricity League First Division clash at the Athlone Town Stadium as Curran finished the ball to the net in the 88th minute after connecting with a Cody Mulhall pass.

Longford almost snatched a winner in the 90th minute when Dean Zambra’s effort was first saved by Athlone netminder Igor Labuts and while the breaking ball came back to Zambra, he was again denied by Labuts who came to Athlone’s rescue with a vital stop to make sure his side emerged with a point.