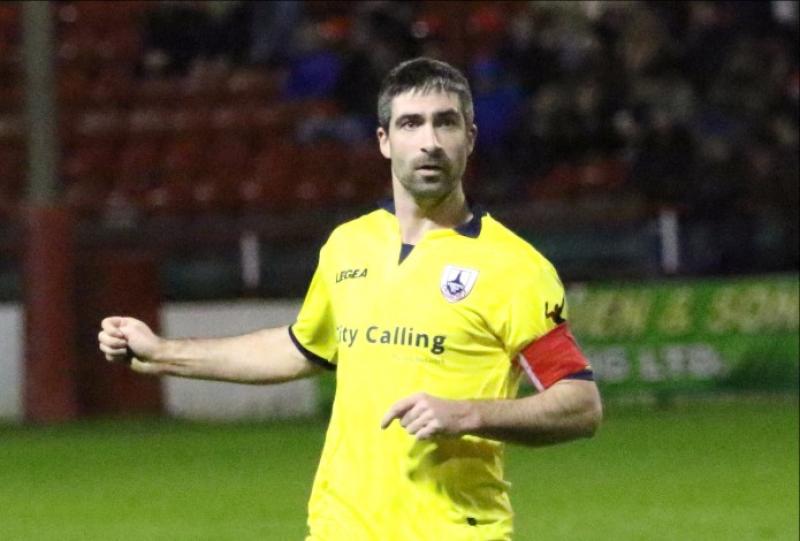 It was back to the same old story as Longford Town somehow failed to score against Shelbourne who succeeded in holding out for a draw despite ending up with nine players on the pitch in the Airtricity League First Division clash at Tolka Park on Friday evening last.

With Alan Mathews no longer the manager following his dramatic departure from the post in the aftermath of the impressive 5-0 win over Wexford FC at City Calling Stadium the previous week, Gary Cronin was in caretaker charge for the last fixture before the mid-season break and was left bitterly disappointed with this bleak result considering the significant numerical advantage.

Shels played most of the second half with just nine men after former Town player James O’Brien was sent-off before the break while David O’Leary was also branded with a red card in the 57th minute as rash tackles were punished by Northern Ireland referee Jamie Robinson.

Frustrated Longford just could not find a way to break the deadlock in this rather dull and dour affair with Shels keeper Dean Delany and defender Derek Prendergast making blocks on the line while Dean Zambra was guilty of squandering  a few good scoring chances for the visitors.

The Town had their first opportunity in the 6th minute when they were awarded a free-kick but  Jake Kelly’s effort was headed away by Shels defender Alan Byrne.

Kevin O’Connor then had a chance but his shot failed to trouble Delany in the Shels goals. Dylan McGlade followed up with poor finishing while in a dangerous Shels attack  Adam O’Connor found himself one-on-one with the Town keeper Paul  Skinner but his lob was too high to find the net.

David O’Leary very nearly opened the scoring on the half hour mark but his well hit volley just went over the bar.  Longford then had a chance but Delany did well to save from Gavin Boyne after he was played in by Jake Kelly.

Three minutes  before the break Shels were reduced to 10 men when midfielder James O’Brien was shown a straight red card and that left Longford in a strong position to go on and win the match.

Two minutes into the second half Dean Zambra should have done better with his shot as he curled the ball off target and another chance fell to him In the 51st minute but once again he directed his effort wide of the post.

Kevin O’Connor was next up to try and find a way past Delany but his long range shot went wide as the Town wasted another good opportunity but when Shels had another player sent-off it appeared to be only a matter of time before Longford would score a winning goal.

It almost materialised soon after as a well struck shot from Dylan McGlade came back off the crossbar and while the Town continued to pile on the pressure they were denied by Shels defender Derek Prendergast who blocked a goalbound effort out for a corner following a scramble in the 77th minute.

Moments later a Dean Zambra  header was saved by Delany while the Shels keeper made a fine stop to prevent Dylan McGlade from finding the back of the net in the 81st minute.

The siege on Shelbourne continued but Daniel O’Reilly’s shot in the 87th minute was well off target and another Town defender Stephen Walsh headed over the bar in stoppage time as the home side somehow managed to survive with the nine men.