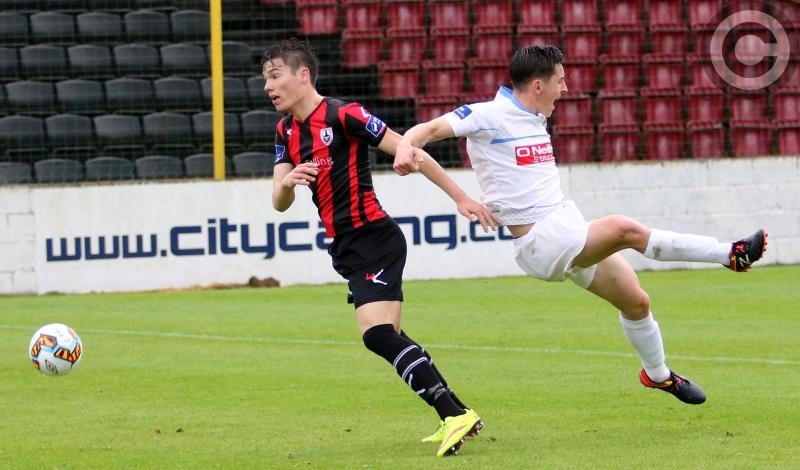 Considered to be strong contenders for the sole promotion spot in the Airtricity League First Division with just the eventual league title winners moving up to the top flight, Longford Town are struggling to stay in touch and suffered another setback at City Calling Stadium on Saturday evening last.

UCD were always going to provide a stern test and so it proved as the students went away with all three points, much to the sheer frustration of the Longford supporters among the official attendance of 235 - the smallest home crowd this season.

The deadlock was broken as early as the 13th minute when Jason McClelland put Daire O’Connor clean through for the only goal of the game in what was a fine finish. While the Town dominated the remainder of the first half they were unable to convert any of the chances they created and that continues to be a costly problem

Injuries to key players Stephen Walsh and Don Cowan, both of whom were forced to retire during the course of the first half, clearly hampered the cause and the unfortunate departure of commanding central defender Walsh in the early stages of the game proved to be a big blow.

After UCD striker Georgie Kelly went close with a header that was well saved by Town keeper Paul Skinner in the 6th minute, Walsh sustained a nasty blow to the head in a brave challenge for the ball and was subsequently replaced by Rhys Gorman in the centre of the defence.

Longford went on to launch a promising attack with a dipping right wing cross from Don Cowan almost catching out UCD netminder Corbert who parried the ball and the danger was cleared.

Then came the UCD goal as the Town defence, still reeling from the loss of Walsh, were split wide open by a slick move but from there until the break it was all Longford who played particularly well in a determined bid to engineer the equaliser.

Gavin Boyne saw his goal attempt deflected narrowly off target in the 15th minute while the UCD keeper Corbert produced a point-blank save to stop a shot from Enda Curran in the 26th minute.

Soon after Town defender Daniel O’Reilly went close with a header and while Don Cowan was posing a constant threat his injury jinx struck again in the closing stages of the first half when he sustained what appeared to be a hamstring strain.

Cowan was replaced by Jake Kelly, who shot inches wide just before the break, but it was UCD who made the better start to the second half with Jason McClelland cutting in from the left in going close to scoring a second goal with a minute gone on the changeover.

Very little happened thereafter as the visitors consolidated their lead but after lively Longford substitute Dylan McGlade directed a glancing header narrowly off target in the 84th minute, the home side almost levelled matters in stoppage time.

Defender Tristan Noack-Hofmann drove a cracking shot from 35 yards against the crossbar as the Arva lad was denied a spectacular last gasp equaliser.

The subsequent rebound saw the ball deflect off Jake Kelly into the arms of the UCD keeper Corbett who then did well to keep out a close range shot from Kelly in the fourth minute of additional time after McGlade had set up a great chance to snatch a draw.

It was another bad result for Longford Town boss Alan Mathews and his side are now 12 points behind the table toppers Waterford  with their manager Alan Reynolds (a former Town player) a very interested spectator who was on a spying mission at the game against UCD last weekend.

Should the Town lose against Waterford at the RSC on Friday night next then the slim hopes of the midlanders figuring in the shake-up for the league title will be in tatters with the First Division campaign approaching the halfway stage.