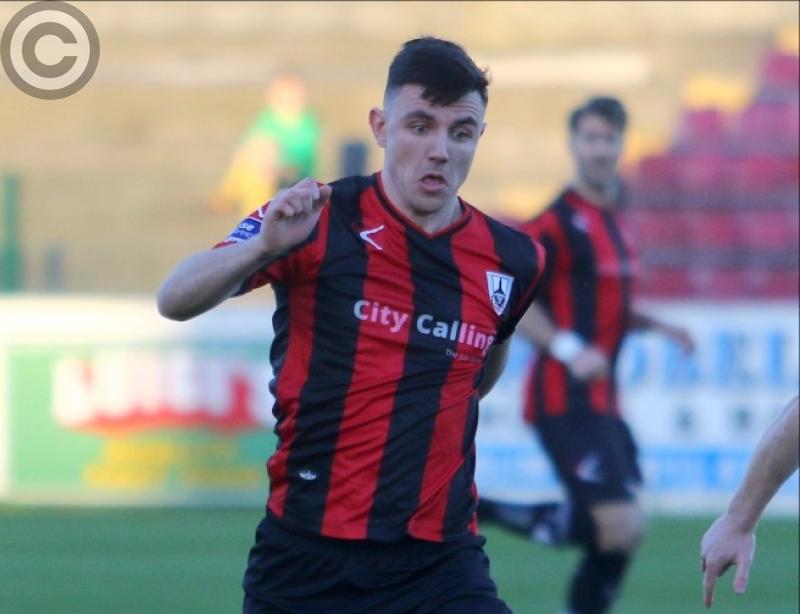 Near neighbours Athlone Town make the short journey to the Strokestown Road this Saturday evening when the midlanders, managerless at the moment, are the visitors to City Calling Stadium, kick-off 7.30pm.

With all the comings and goings in Athlone one would have to say that this is really a bad time to play them. Over the weekend the Athlone board announced the departure of manager Ricardo Monsanto which is the second manager to leave the club since the beginning of the season.

There are all types of rumours going around at the moment with the return of Roddy Collins high on the agenda around Athlone at present. Last Friday night Athlone played bottom of the table Wexford FC and came away with a very creditable 1-0 victory over Wexford with the only goal of the game coming from centre forward Walter Invernizzi. The Uruguayan scored  from the penalty spot in the 23rd minute giving Athlone their third victory of the season with the victory over Waterford in the opening fixture being their stand out success to date.

That win against Wexford puts Athlone a point ahead of the Town but we had the game against Cobh on Saturday and a chance to move ahead of Athlone and possibly ahead of Cabinteely and Shelbourne who were both on twelve points. Cabinteely had a very creditable 0-0 draw with leaders Waterford at home on Friday night and that draw leaves Waterford on 19 points from 9 games played. UCD are second and Cobh are third on 17 points with UCD having a better goal difference.

The Town travelled to St Colman's Park on Saturday last to play Cobh Ramblers and they were in confident mood after two victories over Shelbourne in the league and in the EA Sports Cup over the weekend.  After being short quite a few players due to injury Alan Mathews had a bit of good news as both Don Cowan and Davy O'Sullivan were fit and on the bench for this very important game.

The team was similar to that which started against Shelbourne in the League with the exception of Mark Langtry who was in for Aidan Friel at right-full. The long term absentee Noel Haverty and recently injured Jake Kelly, who suffered a broken nose in training, were the only absentees in this game.

This was a game that Longford should have won and there is no doubt that everyone will be licking their wounds after this setback in the push  for promotion this season.

When we played Cobh at City Calling Stadium earlier in the season the visitors were very impressive and seemed to be a lot faster to the ball. Two of their goals were from breakaways as they capitalised on slackness in our midfield sector.

Cobh seemed to be a lot faster when attacking us and two goals in the middle of the second half on Saturday night last was enough to guarantee three more points against us. For a team who were one of the favourites for promotion we are making a very bad hand of putting pressure on the teams who are ahead of us.

After winning our first game of the second round of matches against Shelbourne everyone went to Cobh in a confident mood and then we are embarrassed again with a very poor result.

The Town were drawn away to Athlone in the EA Sports Cup and Alan Mathews decided to give a few of the squad a run out in this game and it looked as of the Town were in for a bit of a hammering when the home side went two nil ahead. Having said that, poor decisions by the officials gifted the home side both goals.

Davy O'Sullivan, the hat-trick hero in the League game, got the Town back in this game on his way to scoring another hat-trick to leave the sides level and it looked as if the game was heading for extra-time. Cody Mulhall, who was very impressive during the game, proved to be the Town's hero when he went on a mazy run down the right wing, beating three defenders before slotting the ball past keeper Gleeson to score a winning goal that was really out of the top drawer.

Away to Shamrock Rovers in EA Sports Cup on Tuesday next

That win against Athlone has put the Town into the quarter-finals where they play Shamrock Rovers away in Tallaght Stadium on Tuesday evening  next, May 2, kick-off 7.30pm.

Rovers are going through a poor run of form at the moment, sitting fifth in the Premier Division table on twelve points and a staggering 18 points behind runaway leaders Cork City who have maximum points from ten games played.

Rovers beat Bohemians in the last round of the competition and at this stage they will be concentrating on the EA Sports Cup as a competition that they will want to win.

Getting back to the League clash against Athlone which is the main priority, next Saturday's game is a huge one for the club as we hope to bounce back from the disappointing defeat in Cobh.

Athlone will be no pushover despite beating them twice already this season. They have a multinational squad of players which includes players from Latvia, Portugal, Romania and Uruguay, Their keeper Igors Labuts and defender Kirils Grigorous are from Latvia while their midfielders Jose Viegas and Frederico Hernandez are from Portugal.

Romanian Dragog Sfrijan plays in midfield and their experienced striker is from Uruguay and he looks to be a very useful player. He scored their third goal against us in the EA Sports Cup and he was their play maker.

Niall Scullion, who was missing for some games earlier in the season, is a top class player and also a key figure in the team. Colm Coss, who joined Athlone from midland counties side Mountmellick, is a very useful player while former Galway United player Jason Molloy has lots of League experience and on his day he can be a match winner.

Athlone may not be the finished article at the moment  but they are capable of causing an upset. Let's hope that the local supporters will come out in big numbers for this local derby as the Town need lots of support as they try to push up the league table.