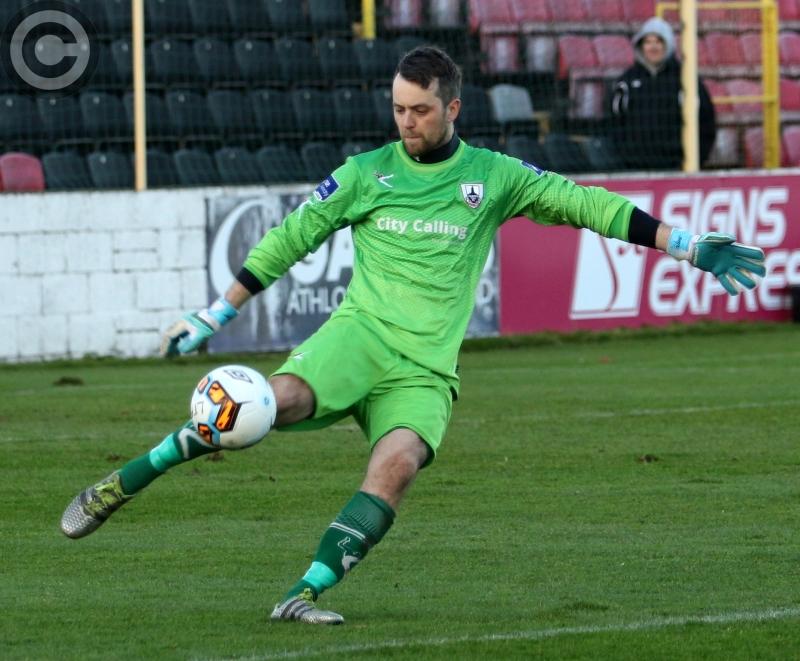 Longford Town wasted the opportunity to capitalise on Waterford dropping points to Cabinteely as they crashed to a disappointing defeat against Cobh Ramblers at St Colman’s Park on Saturday evening last.

Waterford drew 0-0 with Cabinteely on Friday night and a win for the Town would have seen them move to within six points of the blues  but not putting away their chances cost the midlanders dearly yet again.

It is a recurring theme this season; creating chances but just not putting them away and this poor finishing is hitting the Town’s title hopes hard. After the fine win over Shelbourne at City Calling Stadium the previous week, manager Alan Mathews was hoping to build on that positive result but once again they came up short against a good side.

This was the Ramblers’ second win over the Town this season following their surprise 3-1 away victory  in March and the latest setback for Longford drops them back to seventh in the First Division table - nine points behind the league leaders Waterford.

Both goals came in a two minute spell in the second half and the Town were unable to recover from those shattering blows.

Cobh opened the scoring in the 64th minute when Kyle McNamara lobbed Town keeper Paul Skinner and two minutes later they hit the target again when Chris Mann set up Charlie Fleming who chipped the ball over Skinner’s head.

Longford tried to get back into the game but despite their best efforts they could not find a way past their former keeper Paul Hunt who is a key figure on the current Cobh team.

It was a tight first half and the first chance of the game materialised for Cobh in the 12th minute but Cian Coleman headed wide after connecting with a Craig Donnellan free-kick.

The Town created their opening opportunity in the 18th minute when Enda Curran played the ball into Dylan McGlade but instead of taking an immediate shot he attempted to cut inside and his effort was blocked by opposing defender Cian Kingston.

Soon after Kevin O’Connor should have done better with his shot that was hit straight at Hunt. In the 26th minute Ian Mylod tried his luck from distance but his powerful shot just went inches wide as Cobh threatened to break the deadlock.

The Town dominated the early stages of the second half with Enda Curran shooting over the bar in the 49th minute while solid Cobh defending denied McGlade minutes later.

Kyle McNamara wasted a good chance for the Ramblers in the 62nd minute but he made amends for that miss two minutes later when he gave his side the lead. Two minutes later Cobh grabbed  a second goal through Charlie Fleming to establish a firm grip on the game.

Longford were left to rue their missed chances as Cobh were able to sit on the comfortable cushion of their two goal lead and even the introduction of Don Cowan and David O’Sullivan failed to revitalise the visitors.

Substitute Don Cowan should have done better in the 72nd minute in his attempt to give the Town a glimmer of hope but Cobh had already done enough to clinch the win that keeps them well in contention for the sole promotion place.