Longford Town away to Cobh Ramblers on Saturday 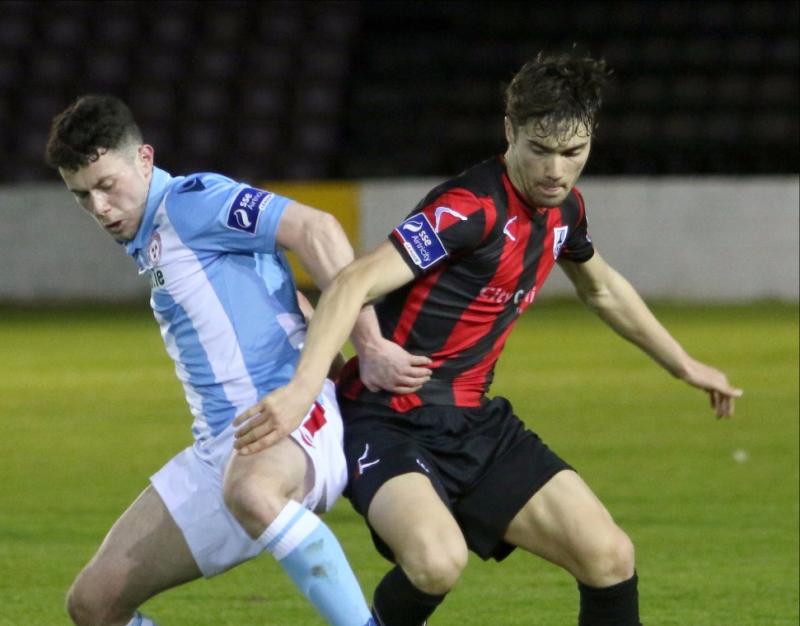 Longford Town make the longest journey of the season this Saturday when they travel to St Colman’s Park to take on a very good Cobh Ramblers side under the management of Stephen Henderson.

Last season Cobh were the real surprise team in the First Division and were so unlucky not to make the big move up to the Premier Division. There is no doubt that Henderson has his side playing very exciting football and the fact that they are the leading scorers in the current league campaign with 15 goals from their eight games played but a cause for concern is the 11 goals they have conceded.

Their record to date is four wins, two draws and two defeats and Cobh collected all three points when they took on the Town at City Calling Stadium back in early March when they emerged with a surprise 3-1 success.

Longford went into that game minus the services of injured duo Noel Haverty and Don Cowan and should have taken the lead a couple of minutes into the second half when striker Enda Curran missed a sitter.

Cobh then hit the front when Karl Caulfield shot to the back of the net on the hour mark and a few minutes later Ian Mylod scored a second goal for the visitors after capitalising on horrific Town defending.

Substitute Kyle McNamara made it a real miserable night for the home side when he got the third goal for Cobh, although the Town grabbed a consolation goal when substitute Cody Mulhall hit the target in stoppage time.

Last weekend Cobh played away to Wexford and despite going behind in the 23rd minute when Adam Hanlon scored for the home side, the Ramblers battled back to take all three points with goals from defender James McSweeney (29th minute) and striker Matthew Whelan (70th minute).

That result leaves Cobh joint second in the table with UCD and three points behind the league leaders Waterford.

The Town, on the other hand, gave their confidence a good boost with a 3-1 victory over Shelbourne at City Calling Stadium with Enda Curran on target twice while the other goal was scored by Kevin O’Connor.

Longford went into the game minus four regulars as long term casualty Noel Haverty was joined on the injury list by Don Cowan, David O’Sullivan and Jake Kelly. Into the team came Arva youngster Tristan Noack Hofmann who impressed in the left-full position.

Shelbourne took the lead with just a few minutes gone on the clock but Longford showed a lot of character to turn things around.

Former U-19 player Karl Chambers replaced Curran in the closing stages of the game as the Town won at home in the league for the first time since October 2015 which was a great relief for all connected with the club and hopefully another positive result will follow away to Cobh this Saturday, kick-off 7.15pm.