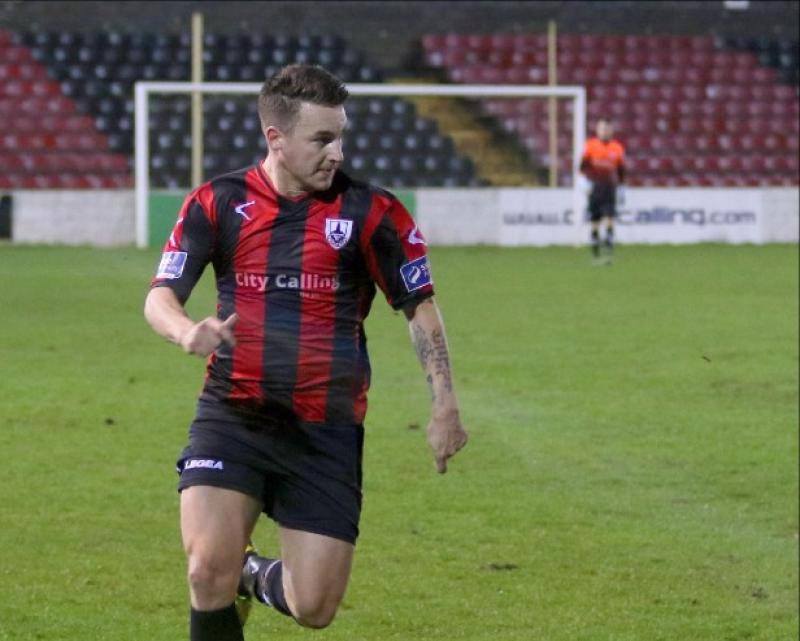 Without a home win in the Airtricity League since October 2015, the wait goes on for Longford Town who crashed to a dismal defeat against Cabinteely.

Watched by the small official attendance of 321 who braved the cold weather at windy City Calling Stadium on Saturday night, this was a very poor performance which will have given manager Alan Mathews some serious cause for concern.

Touted as First Division title contenders at the start of the season, Longford were confidently expected to conquer Cabinteely in a historic first ever league meeting between the clubs but it failed to materialise much to the sheer dismay of the loyal home supporters.

Rocked by a terrible start as Jack Watson scored for the Dublin outfit with just two minutes gone on the clock, latching on to a long ball into the box to hit the target, the Town almost conceded a second goal when the Cabinteely dangerman Kieran Marty Waters hit the crossbar in the 10th minute.

David O’Sullivan wasted a glorious opportunity of equalising for Longford in the 19th minute when he directed a free header inches wide of the post and the crossbar came to Cabinteely’s rescue in the 34th minute when Gavin Boyne was denied from close range.