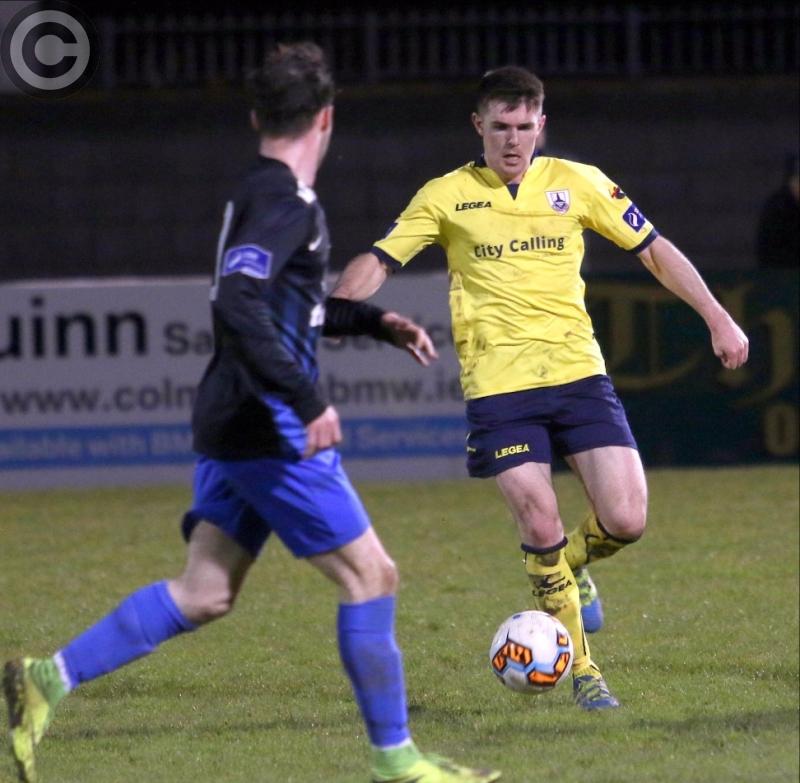 Pictured in action against Athlone at the Lissywollen grounds on Friday night is Longford Town striker David O'Sullivan who scored all three goals in a most emphatic victory. Photo: Syl Healy

Longford Town registered their first win of the season in the Airtricity League and the star of the show was David O’Sullivan who was back to his lethal best to score all three goals against Athlone at the Lissywollen grounds on Friday night.

O’Sullivan broke the deadlock in the 14th minute, latching on to a clever back hell from Gavin Boyne, and the Town striker got his second goal from a powerful header in the 42nd minute after connecting with a corner taken by Mark Langtry.

Trailing 2-0 at the break, whatever hopes Athlone had of getting back into contention were completely dashed when the impressive O’Sullivan found the back of the net again in the 48th minute to complete his hat-trick.

Following the defeat against Cobh Ramblers at City Calling Stadium the previous week, Longford Town manager Alan Mathews wanted a reaction from his side and he got just that in a most emphatic victory.

Speaking after the game Matthews said: “We played well and should have scored a few more goals. What we got was a positive reaction to what was a disappointing result against Cobh last weekend. We kept a clean sheet as well so there are a lot of positives. We defended well as a team. Every single one of them defended well when they had to.”