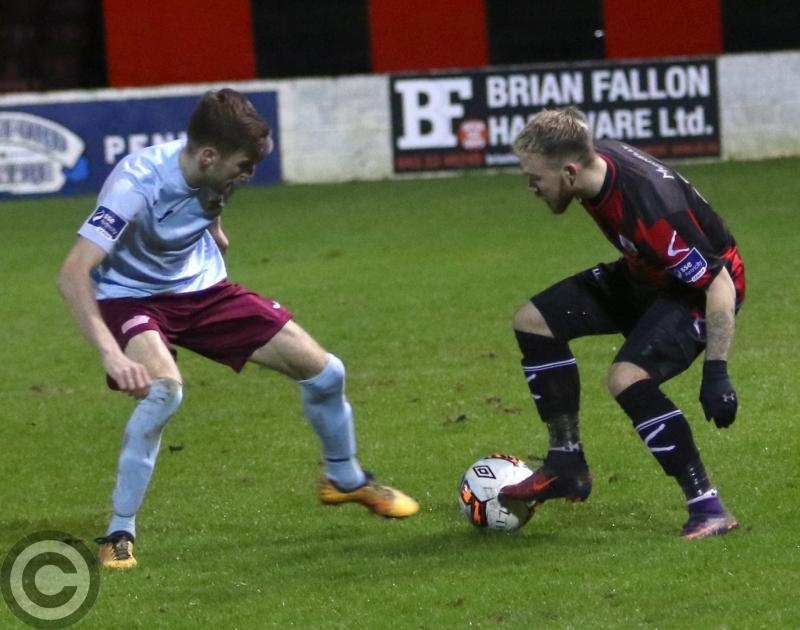 Longford Town make the short journey to Athlone this Friday to the Lissywollen grounds (kick-off 7.45pm) to play the surprise packets of this year's League campaign.

Longford Town make the short journey to Athlone this Friday to the Lissywollen grounds (kick-off 7.45pm) to play the surprise packets of this year's League campaign.

Two weeks ago before the season commenced the bookies had Waterford and Longford Town favourites for promotion and little was heard about Athlone who had struggled to finish the 2016 season as many players were released and they fielded many players from their under 19s and some lads from local teams.

Some time later the news filtered through that a Portuguese investor was interested in helping out the club and the rest is history. We have always said that you need two vibrant clubs in the midlands but unfortunately not in the dreaded First Division.

After two rounds of matches Athlone are sitting pretty on the top of the table with full points (6) from their opening games alongside the other unbeaten club UCD while the Towns conquerors from Saturday night Cobh Ramblers are sitting in a menacing third place on four points.

When the fixtures were made the opening round of matches had Athlone Town at home to title favourites Waterford and against all the odds Colin Fortune’s new look team came out winners on a 1-0 scoreline with the only goal of the game coming from big striker Colm Coss who was playing for Mountmellick in the Midland Counties League last season.

Waterford have assembled basically a Premier Division side and they got a real shock from this new look Athlone outfit that included five foreign players. On Friday last Athlone travelled to Ferrycarrig Park to play another new look team Wexford FC and came away with three points from a 2-1 victory.

Their goals came from Jose Viegas and that man again Colm Coss. Wexford got a goal back late on but the Athlone squad were dictating the game and that victory pushed them to top of the table alongside UCD who have a better goal difference.

There is no doubt that the new management set up is doing very well for Athlone and it's nice to see former Town and Athlone player Gavin Drummond in a coaching role with his former club. Athlone have appointed Marc Fourmeaux as director of first team operations, who has also brought in Ricardo Monsanto as coach under manager Fortune. Fourmeaux is a FIFA registered agent who is not new to management as he managed a Lithuanian club in 2015.

There is no doubt that there is a big European influence in Athlone this season. Keeper Igor Labuts and midfielder Kirils Grigorous are from Latvia while Jose Viegas and Frederico Hernandez are from Portugal and the fifth player to start against Wexford was Romanian midfielder Dragog Sfrijan.

Club captain Niall Scullion is back for his third stint with the club after being with St Peter’s Athlone last season. Niall has lots of experience after many years in the league with Athlone and he is also a very prominent member of the defence forces squad which represents Ireland.

Quite a few of the squad have rejoined the club from local club St Peter’s who had a great run in the FAI Junior Cup last season and they also played in the FAI Senior Cup when they travelled to Cork to play Cork City in the third round and they acquitted themselves very well against the eventual winners of the competition.

One of the unsung stars in the squad is another midland lad David Brooks who is a very accomplished midfielder  despite his youth. Val Feeney is another ex St Peter’s player who is from Birr and he is also another player who has excelled recently.

When you look through the Athlone squad you can see a good mixture of youth and experience and with that in mind we come to their most recent signing who has played with the Town. Aaron Brilly, who made his Town senior debut up in Finn Park against Finn Harps when he was only 17. was a very good under 19 player who forced himself into the Town senior squad before leaving to join new club Cabinteely when they joined the league a few seasons ago. Aaron is very versatile as he is comfortable in defence or in midfield.

This Athlone team will be feeling very confident leading up to Friday's game due mainly to the fact that they have full points from their opening two games against Southern opposition. The Town played against Cobh Ramblers at home on Saturday night last and were second best for most of the game (match report and reaction on pages 66 & 67).

One has to say that they had their chances and it's annoying that a player that should be still here, Paul Hunt, was one of the reasons that we got nothing out of the game. The former Town keeper made a few crucial saves when the game was 0-0 and you could see that he had a big influence on a very solid defence in front of him.

The three goals conceded were well taken but all could have been avoided as we were hit on the break when we were attacking. The Town went into the game minus two players that picked up nasty injuries against Shelbourne in our opening game.

Noel Haverty, who is one of our most experienced players, missed the game and he was replaced in the starting eleven by Rhys Gorman who replaced him in Tolka Park. Don Cowan was also absent and he was replaced by ex Shelbourne player Gavin Boyne on the right.

The injury jinx hit again on Saturday when Rhys Gorman had to go off in the second half after picking up an injury and Daniel O'Reilly was also replaced in the second half. With the two defenders off it meant that Paul Skinner had only one defender playing in front of him from the team that started against Shelbourne on the opening night. Aidan Friel was the only player to be still in the defence at the end of the game on Saturday last.

Alan Mathews has received further bad news on the injury front with Rhys Gorman joining Don Cowan and Noel Haverty on the casualty list and all three are ruled out for the first midlands derby of 2017 for what is expected to be a tough task at Lissywollen. But the Town team are much better than recent results would suggest and hopefully they will register their first win in the league this season against Athlone on Friday night.