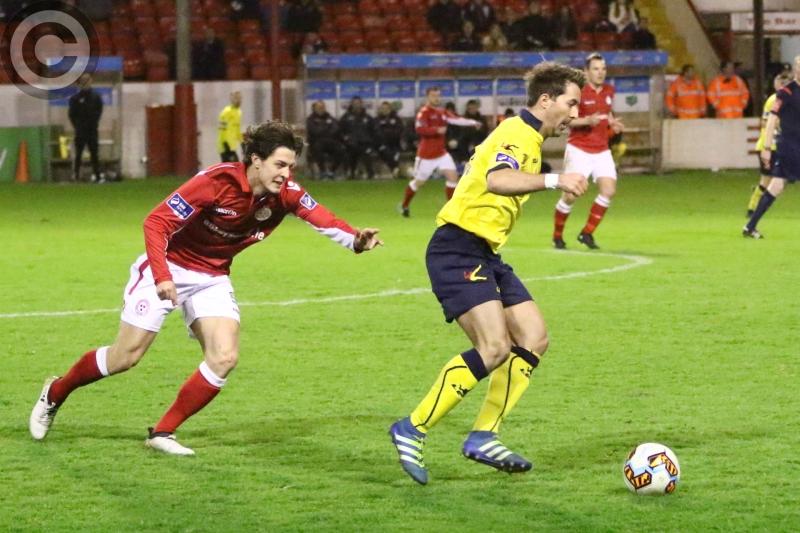 Missed opportunities, solid defending and a goal-line clearance were all part of the action as Longford Town started their First Division league campaign with a draw against Shelbourne at Tolka Park on Friday night.

Davy O’Sullivan had the best chance in the 39th minute after being played in by Enda Curran but O’Sullivan somehow dragged his shot wide from close range. Two minutes later and the Town had a glorious opportunity to break the deadlock when Shels defender Reece McEnteer was adjudged to have fouled Curran in the box and a penalty was awarded. O’Sullivan stepped up to take the spot-kick but it was well saved by opposing keeper Dean Delany.

Manager Alan Mathews saw the result as a point gained: “We missed a penalty so I would be a bit disappointed with that but our overall performance was quite good. They are very hard to break down. Once we started to play and opened up the game we created a few chances. You will take a point on the road along with keeping a clean sheet in our first game.”

Full report and pictures in the Longford Leader, on sale next Wednesday