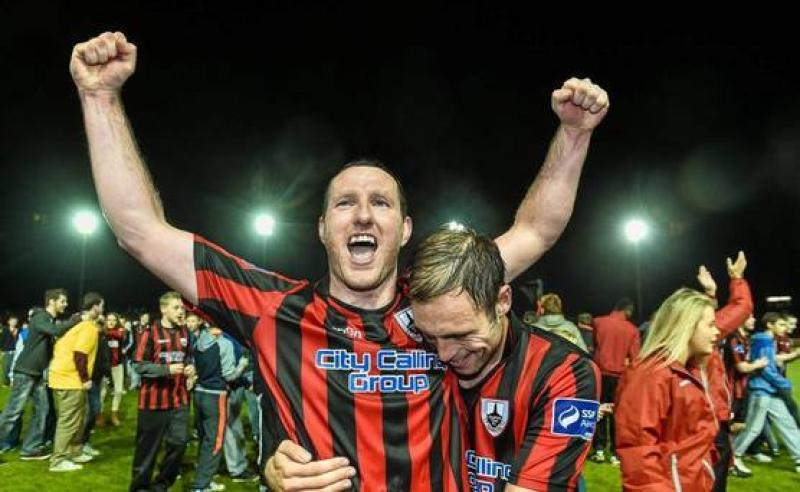 Pat Flynn left the City Calling Stadium sod to a rapturous ovation from Longford Town and Shamrocks Rovers fans on Friday night and it marked the end of an era as it was his last game at Airtricity league level.

Already relegated, ‘De Town’ suffered a 2-4 reversal and Alan Mathews’ team will ply their trade in the First Division next season.

Longford Town FC paid tribute to Flynn, “The club would like to wish Pat all the best and thank him for his years of service and dedication to Longford Town FC. A real character, who will be sorely missed by everyone at the club and indeed, many throughout the league.” 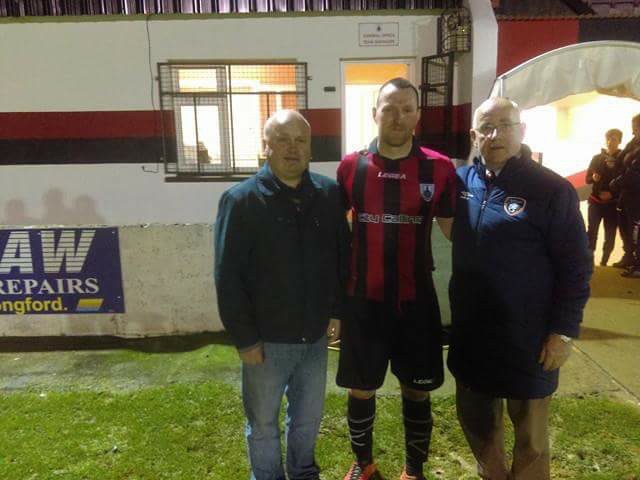 Thirty-one year old Flynn, who has played with Wolves, Torquay, Kidderminster, Waterford United, Shamrock Rovers, St Patrick’s Athletic, Shelbourne and Longford Town throughout his career, released a hilarious and very personal statement to announce his retirement and it has sent social media into overdrive.

Flynn, who marked Cristiano Ronaldo as the Portuguese star made his debut for Real Madrid against Shamrocks Rovers in 2009, gives honourable mention in his statement to Ronaldo, Del Piero, Paul Gascoigne and Denis Irwin.

And his advice to his children is pure gold:

“If you have my passion on the pitch and your Mam’s passion in the bedroom you will excel at whatever you choose.”

A Premier League medal winner with Shamrock Rovers in 2010 and 2011, Flynn signed for Longford Town in December 2013 ahead of the 2014 season. His debut season with the 'De Town' proved successful as he helped the Midland's side achieve promotion as champions of the First Division. He made 58 appearances for ‘De Town’ and also scored two goals.

Here is the full text of Pat Flynn’s memorable statement;

So I thought….. i better do a statement. I’m going to name drop a bit so please forgive me.

I didn’t want to retire but the legs don’t move like they used to and when the slowest player in the league says to me “I’ll be your legs” I knew I had to call it a day…so thanks for that Mark Rossiter.

To Kiara…….My girlfriend in my Joeys days and now my wife as I finished in Longford. You were there for it all.Thanks for your patience, understanding and keeping my feet on the ground.

Leaving for work at 8am, going straight to training and getting home at 9pm was tough…so to my kids I apologise for missing so much and look forward to spending all my time with you. If you have my passion on the pitch and your Mam’s passion in the bedroom you will excel at whatever you choose.

Big thanks to my family who helped me so much over the years. Especially my Dad, you went out of your way so much to help me, I’ll never forget that. 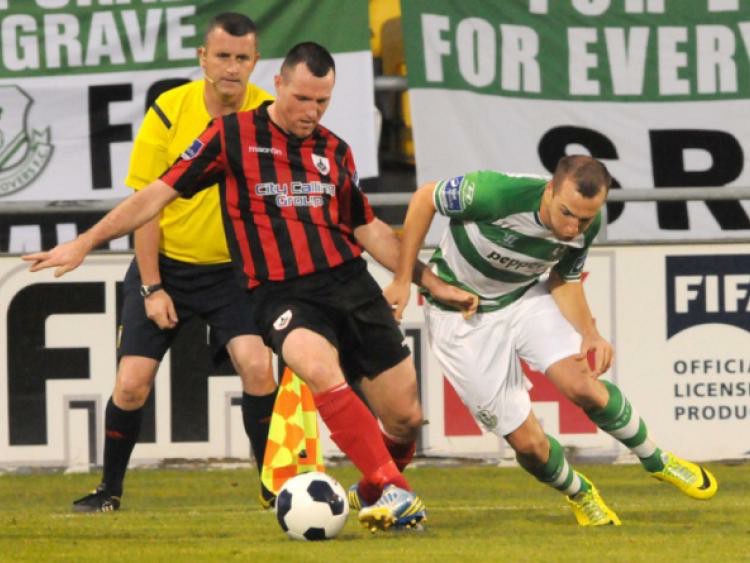 To my friends who’ve been there since the start and supported me home and away, thank you.

To my aunties and uncles who looked after me when I was clubless in England, thank you.

To all the Coaches, Managers, Physio’s and Kitmen I’ve had, and the time you put in, thank you so much.

To all my teammates….thank you for your ability to adjust to playing with 10 men most weeks.

To the referees, I apologise for the tackles and my colourful language that led to them colourful cards. My wife would like to thank you for the hundreds of Euro’s in fines I had to pay because of you.

To the fans of Waterford thanks for making me a cult hero.

To the fans of Shels, it’s my biggest regret in my career that you got relegated when I played for you, it’s a huge club and shouldn’t be in that situation.

To the Pats fans, I got paid for doing what you do…..watching games from a bench every week. It wasn’t down to lack of trying, it was just Kenna and O’Brien were outstanding. I hope I repaid you with the Cup Final song I wrote for you.

To the Longford fans, I admire the handful of lads who follow the team everywhere they go. We had bad nights but some great ones too. It’s a great club. Thank you. 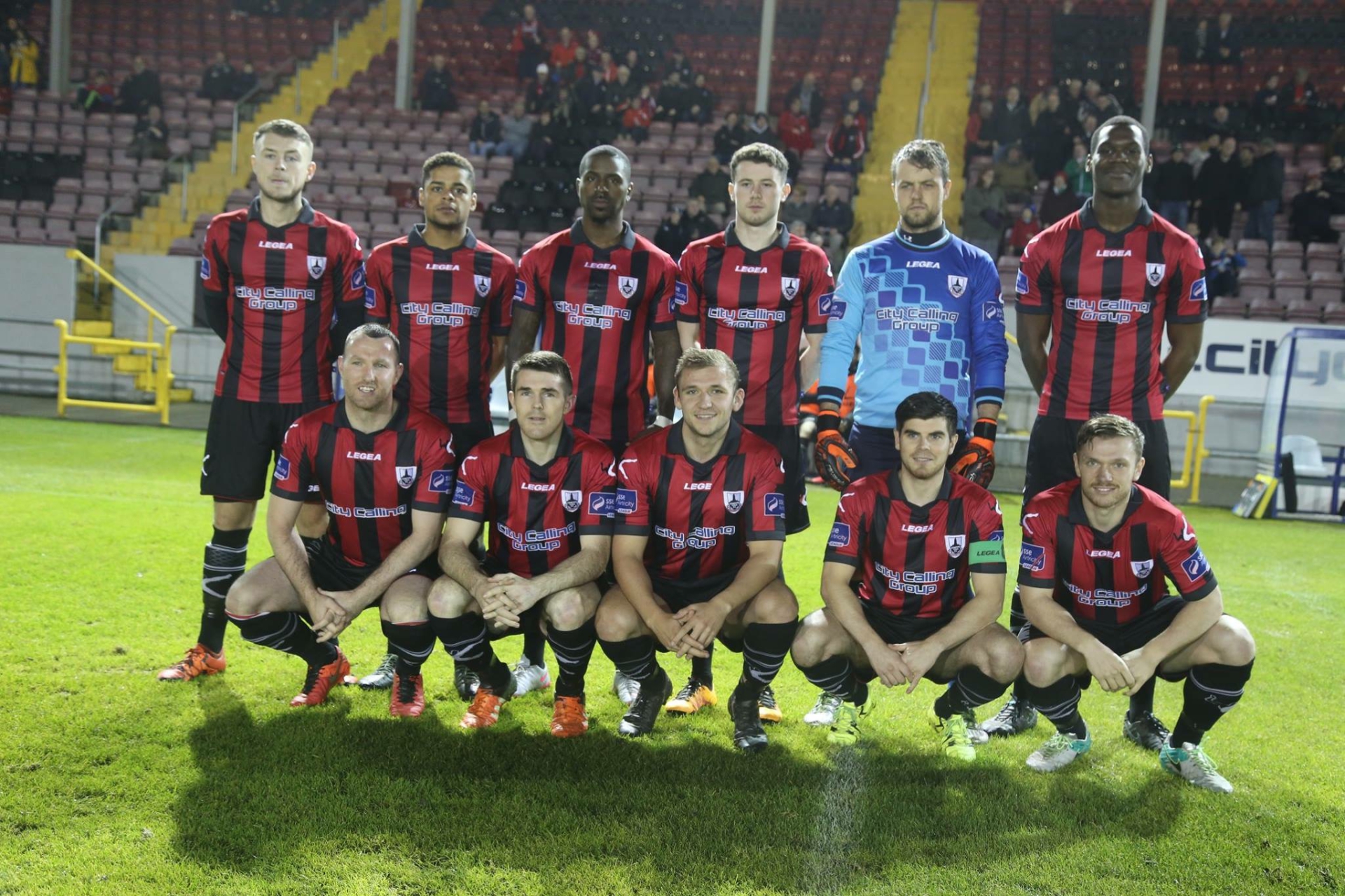 To everyone at Shamrock Rovers thank you. Friday nights and coming from my house you could see the floodlights. Pulling on the famous green and white and hearing the fans sing as you wait in the tunnel, then the teasing smell of burgers and chips as you wait for the whistle to blow. It’s what you dream of. I was just a fan that got lucky.

To the Fans of Bohs, I loved playing in Dalymount. I loved the abuse and I loved having Coke bottles hopped off my head. I didn’t like you, but I have to say I admired your passion too and I’ll miss it.

Football is the greatest game on earth and anyone who says otherwise is a lying Luther.

It gave me the chance to win All Irelands.

It gave me the chance to learn from my hero Denis Irwin everyday in training.

It gave me the chance to play in the same team as a man people say is the maddest man in football, Paul Gascoigne….this was true, until I met Boccer Bayly.

It gave me the chance to captain my country at youth level and blast out Amhrán na bhFiann.

It gave me the chance to meet the President of Ireland.

It gave me so many kicks in the balls, like relegations, injuries, missing Christmas’ and missing friends & family.

It gave me the chance to win leagues with superstars like Twigg, Bradley, Baker, Salmon and O’Sullivan.

It gave me the chance to have great friends like Stephen Rice and Pat Sullivan, classy on and off the pitch.

It gave me the chance to mark Cristiano Ronaldo from corners.

It gave me the chance to stand in a helpless wall when Del Piero stuck a free in top corner.

It gave me a chance to play against the leagues best…..Derek Pender, Glen Crowe, Jason Byrne, John O’Flynn and Christy Fagan. 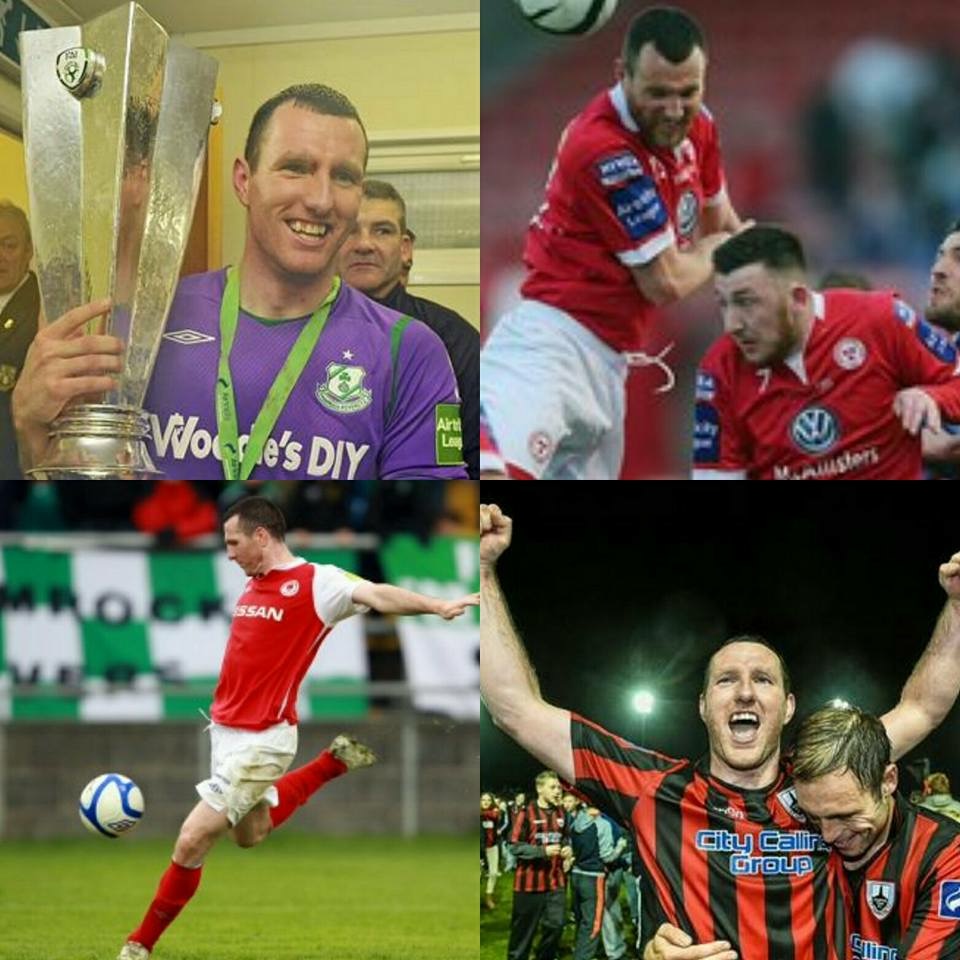 It gave me the chance to play under great captains like Kenna and Murray.

It gave me a rivalry with Killian Brennan, a great player that wasn’t afraid to kick me back. I’ll miss that.

It gave me a chance to miss a peno in front of 30,000 people in Lansdowne Road.

It gave me the chance to have songs sung about me….some good, some bad.

It gave me the chance to play for all of Dublin’s big clubs.

Anyone that watches football will know I’m an average player but hard work and commitment was the reason I got all these chances.

If I can do it anyone can. 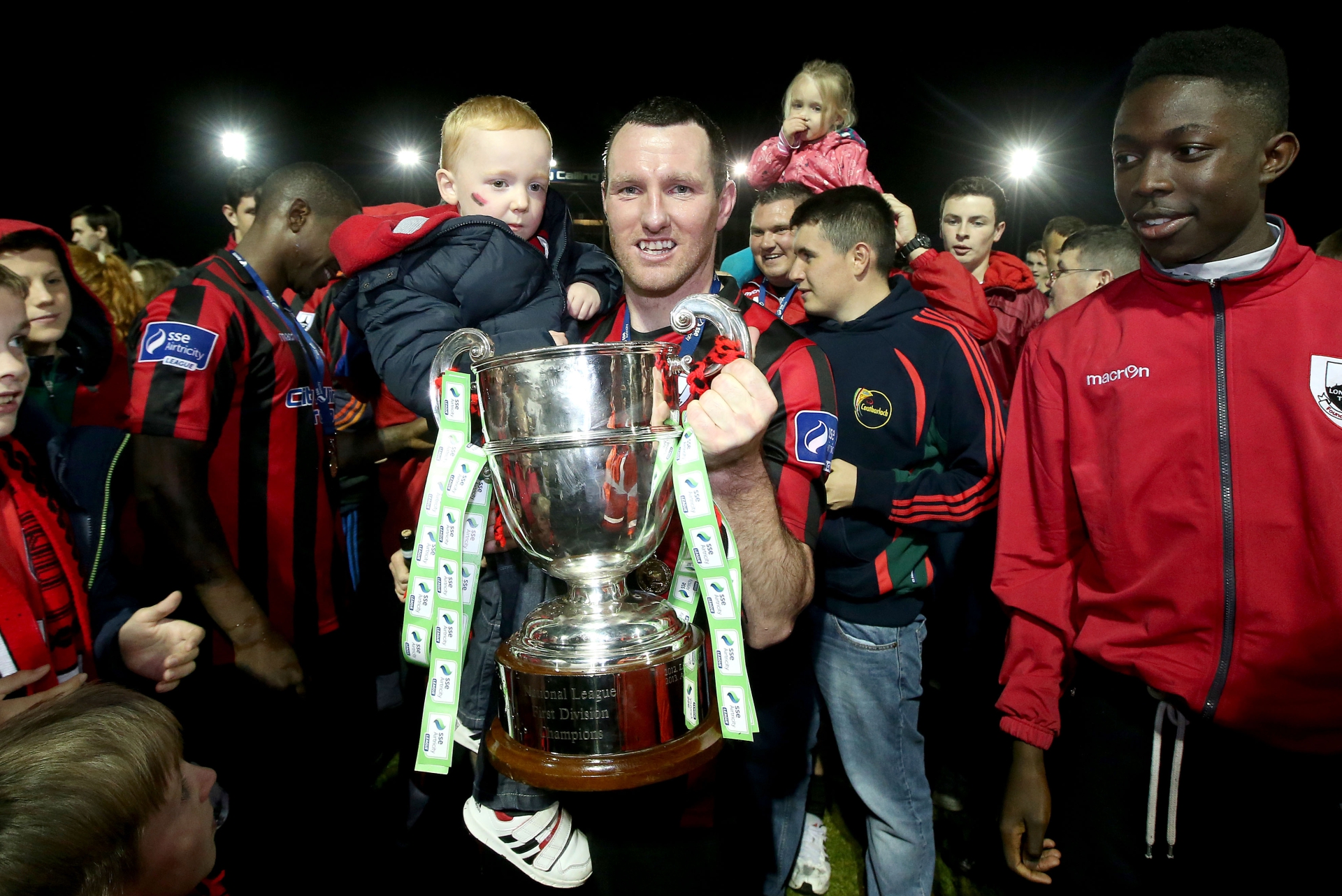