Another away win as Longford Town secure Premier Division status 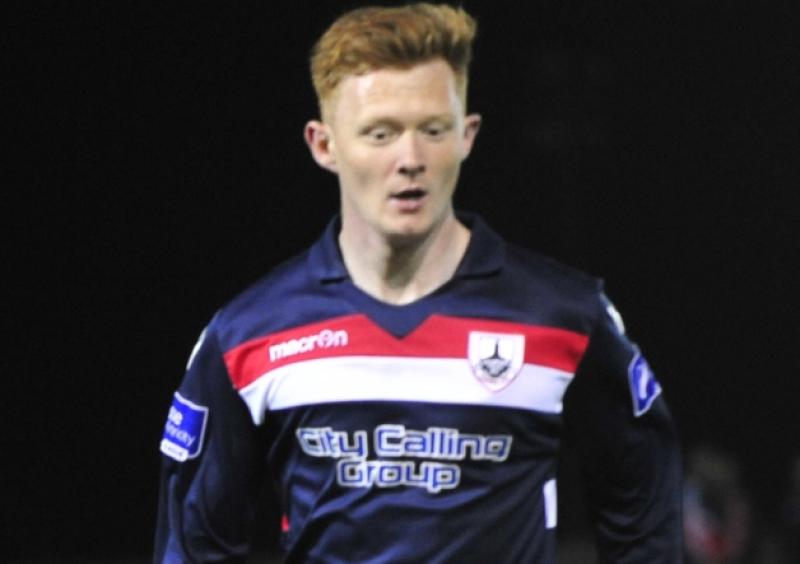 A brace from Gary Shaw and a last minute goal from Stephen Rice made sure that Longford Town secured their Premier Division status for next season and they will go into Friday night’s final fixture against Derry City knowing that a draw will be enough to see them finishing sixth in the table.

A brace from Gary Shaw and a last minute goal from Stephen Rice made sure that Longford Town secured their Premier Division status for next season and they will go into Friday night’s final fixture against Derry City knowing that a draw will be enough to see them finishing sixth in the table.

It was a fine victory for the Town at United Park on Friday night last but Drogheda made them work hard for the three points. This bad defeat leaves the Co Louth side fighting for survival, though they felt some decisions didn’t quite go their way in the first half.

Longford’s first goal came in the 3rd minute when Pat Sullivan’s corner was met by the head of Shaw, Drogheda believe the ball didn’t cross the line but the linesman gave the goal. Then in the 8th minute the home side were reduced to 10 men when Joe Gorman was sent off for a second yellow card while they also had a penalty claim turned down in the 20th minute.

Both sides did have chances in this game with Town having the better of them but squandering numerous ones. They did get the second goal in the 77th minute through Gary Shaw and with Drogheda chasing the game Stephen Rice popped up to get the third with time running out.

Despite going behind to that early Shaw goal Drogheda very nearly drew level one minute later through Sean Thornton. After getting a yellow card in the fourth minute, Drogheda defender Gorman was sent off four minutes later for a rash challenge on Ayman Ben Mohamed.

The next incident of note came in the 20th minute when Town keeper Paul Skinner came out for a ball but missed it, allowing Tiernan Mulvenna through but he went down under a challenge from Rhys Gorman; if he hadn’t have over reacted the spot-kick might have been awarded.

Longford had a chance just before the break to double their advantage; a long ball out of defence from Pat Sullivan found David O’Sullivan but his effort lacked real power.

Two minutes into the second half and it was Ayman Ben Mohamed that had a chance for the Town but his chip came off the Drogheda crossbar. Then down the other end Keith Treacy very nearly levelled matters.

Jamie Mulhall, who was introduced for the injured Mark Rossiter, posed a real threat down the right wing. He put a nice ball into Stephen Rice in the 64th minute but the midfielder couldn’t find the target.

One minute later David O’Sullivan wasted a glorious chance to get Longford’s second goal. Kevin O’Connor then tried his luck but his effort went just wide. The Town were creating the chances but Drogheda still posed problems on the break.

In the 77th minute the Town got their second goal when Gary Shaw hit the target again, O’Connor with the pass and Shaw finished to the net from just inside the box.

Sean Thornton’s corner for Drogheda in the 88th minute was put wide by Sean Brennan and then two minutes later the Town got their third goal when Shaw’s mishit shot fell nicely to Rice and he made no mistake from close range.