Longford Town end a wonderful season on a high 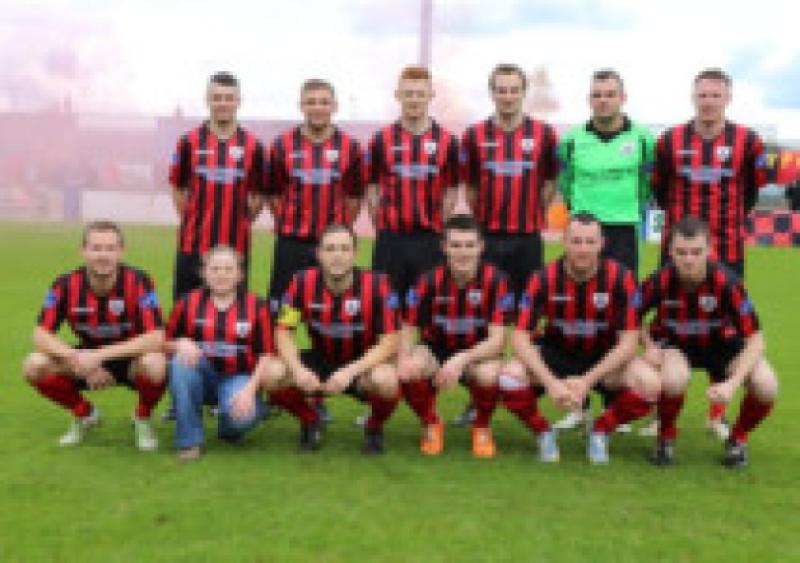 Goals from David O’Sullivan and Mark Salmon saw Longford Town end a wonderful season on a high with a win away to Finn Harps on Sunday last to finish eight points clear of the runners-up Shelbourne in the final league table.

Goals from David O’Sullivan and Mark Salmon saw Longford Town end a wonderful season on a high with a win away to Finn Harps on Sunday last to finish eight points clear of the runners-up Shelbourne in the final league table.

After being crowned First Division Champions the previous week, the Town were in control against a poor Finn Harps side who created very few chances - although Longford keeper Chris Bennion came to the rescue when saving a Sean McCarron penalty in the 67th minute.

A large and vocal travelling Town support created a terrific atmosphere in this meaningless end of season game at Finn Park and throughout this title winning season they have proved to be the so important 12th man,

Longford showed some changes for this game and the players that came in acquitted themselves well. Once again Pat Flynn was immense in defence, Stephen Rice showed his class in midfield while David O’Sullivan and Gary Shaw were always a threat up front.

The first real chance came in the 17th minute but O’Sullivan headed over from a Rhys Gorman free-kick. Gary Shaw then forced Harps keeper Shaun Patton into making a fine save in the 29th minute.

One minute later, a Rhys Gorman free-kick was headed home by O’Sullivan – his 21st league goal of the season. Right before the break O’Sullivan went through but shot wide.

In the 67th minute, Harps were awarded a penalty after the Town netminder Bennion brought down Pat McCann in the box but he made amends by saving McCarron’s spot-kick.

In the 78th minute Bennion denied McCarron again with a fine fingertip save before Mark Salmon scored the second goal in the 82nd minute to wrap up the win. Substitute Ger Pender was unlucky in the 84th minute not to get on the scoresheet when he caught Patton off his line but his lob was tipped over the bar by the Harps keeper.