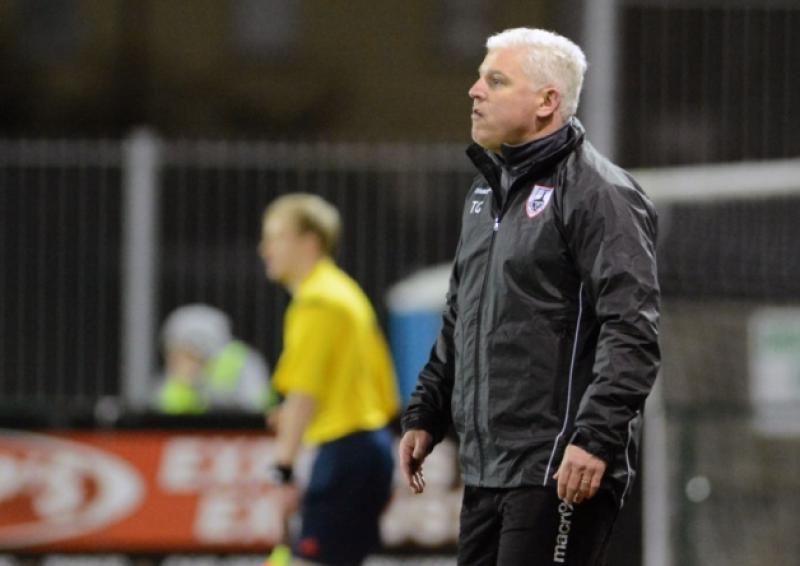 Longford Town failed to follow up their win over Bray Wanderers the previous week when they crashed to a disappointing defeat against Galway United at Eamon Deacy Park on Saturday night.

Longford Town failed to follow up their win over Bray Wanderers the previous week when they crashed to a disappointing defeat against Galway United at Eamon Deacy Park on Saturday night.

This setback in Galway, coupled with other results, means that the Town are just four points clear of the play-off spot and bottom side Limerick just six points behind them. They are the team gathering real momentum at the moment and the pressure is on the clubs around them including Longford who could be dragged down into the relegation zone.

Galway were full value for this win. They raced into a 4-0 lead thanks to a Jake Keegan hat-trick and a Gary Shanahan goal. Dean Kelly pulled back two late goals for the Town, one from the penalty spot.

The first attempt on goal was from Galway inside the second minute when Marc Ludden’s cross was headed just wide by Keegan. In the 17th minute Galway opened the scoring when Ludden’s free-kick was finished to the net by Keegan.

Six minutes later Keegan had another chance when he was played in by Gary Shanahan but Paul Hunt was able to save his effort.

Town could not create any chances as the home side ended the first half well but couldn’t add to Keegan’s goal. Just before the break Enda Curran should have doubled the lead but he failed to convert Keegan’s perect cross.

Just two minutes into the second half Keegan was in again but Hunt did very well to deny the striker. The Town had a good chance to get back on level terms in the 49th minute but Kevin O’Connor was just off target from a Mark Salmon pass. Two minutes later Philip Gannon’s free-kick came off the wall and went out for a corner.

Despite all the Town pressure they went 2-0 down in the 60th minute when Keegan scored his second goal when heading home Ryan Connolly’s free-kick.

Minutes later Galway had another good chance but Paul Sinnott headed Jason Molloy’s cross over the bar. In the 66th minute Galway got a third goal when Gary Shanahan raced through and powerfully shot to the net.

It got worse for the Town in the 69th minute when Galway got a fourth goal as Keegan completed his hat-trick. The visitors pulled a goal back in the 75th minute through Dean Kelly who punished a lapse of concentration in the Galway defence.

Jake Keegan continued to torment Town and had a good chance in the 82nd minute but he put his effort wide. Just before the end Longford were given the chance to get a second goal when they were awarded a penalty which Kelly duly dispatched past Galway keeper Conor Winn.

There was no time though for any dramatic comeback as the damage had already been done long before and Longford Town are now facing a tough battle to avoid a relegation scrap in the Premier Division with six fixtures remaining.