Shamrock Rovers come out on top 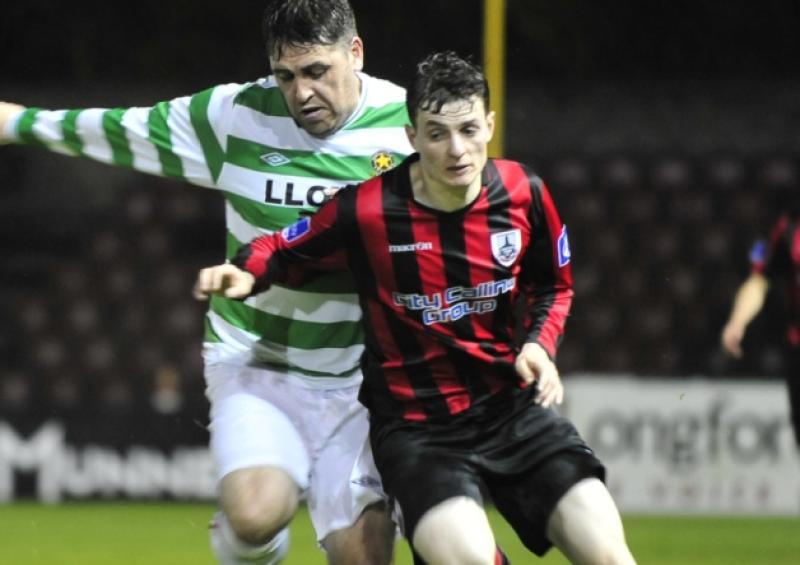 Despite fielding several members of the first team squad in this low key Leinster Senior Cup fixture at City Calling Stadium on Tuesday night of last week, Longford Town had to settle for second best against a generally experimental Shamrock Rovers side.

Having said that, Rovers did feature a few regulars in their starting eleven and it was striker Gareth McCaffrey who scoring the winning goal in the 53rd minute - cutting in from the left on his way to directing the ball into the corner of the net.

Watched by a sparse attendance in the region of 150 spectators, there were a couple of new faces on the Town team with U-19 players Keith Beirne (from Mohill) and Ciaran McGuinness linking up in the centre of the defence.

Promising local, Ardagh lad Daryl Carrigy , was brought on during the course of the second half but Longford never really looked like engineering the equaliser in what was a poor game overall.

Keith Beirne had a chance in the first half when he shot over the bar while Dean Kelly had his effort blocked on the line in the 67th minute.

Town keeper Paul Skinner, who kept out a close range shot from McCaffrey in the early stages of the game, prevented Shamrock Rovers from getting a second goal in the 81st minute when he made a fine point-blank save to deny Shane Hanney.