What a wonderful win as Longford Town destroy Drogheda United 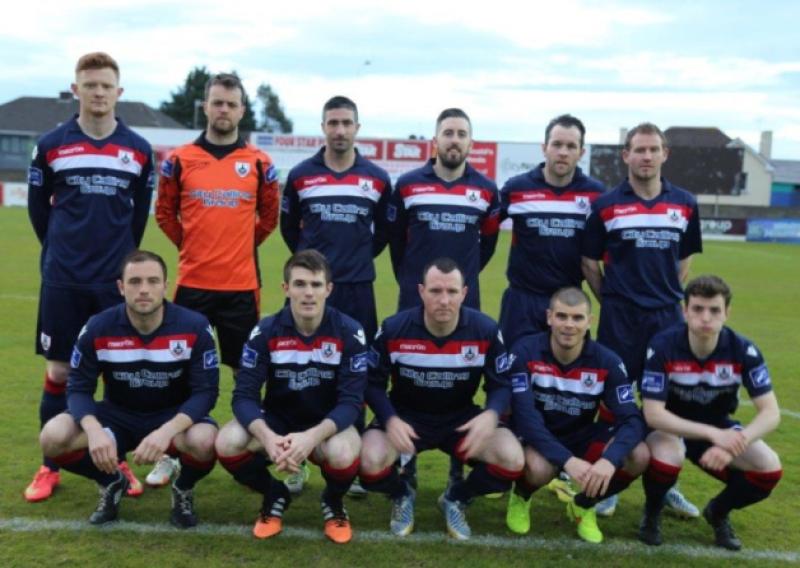 Longford Town produced their best performance of the season as they came away from Drogheda with three points, three goals and a clean sheet in a wonderful win at United Park on Friday night last.

Longford Town produced their best performance of the season as they came away from Drogheda with three points, three goals and a clean sheet in a wonderful win at United Park on Friday night last.

The Town were on the attack straight from the kick-off and got their first goal in the second minute and added two more in the second half to destroy Drogheda. While the stunned Co Louth side threatened a few times, they never really troubled Longford keeper Paul Skinner who had a rock solid defence in front of him with Mark Rossiter excellent

Aymen Ben Mohamed was a real livewire on the wing for the visitors while Kevin O’Connor once again put in a fantastic display. This most emphatic result saw the Town move up to 6th place in the Premier Division table with the final game of the first phase of fixtures on Saturday next at home to Derry City.

It was a frustrating night for Drogheda who finished the game with 10 men after Sean Thornton received a straight red card in the 75th minute.

Two minutes hadn’t even elapsed on the clock when the Town broke the deadlock through David O’Sullivan while Gary Shaw’s effort was diverted out for a corner in the 9th minute as Longford settled into the game very well.

O’Sullivan had a chance to double his side’s advantage in the 14th minute but Michael Schlingermann got down to save. The home side’s first real effort on goal came in the 18th minute; Jason Marks played the ball into Michael Daly but he shot over the bar.

Two of Town’s defenders then tried their luck with scoring attempts but both Pat Sullivan’s and Pat Flynn’s shots were off target.

Gary Shaw had a great chance to get Town’s second in the 34th minute but he blasted his shot over the bar and just before the break Aymen Ben Mohamed was also guilty of poor shooting when he shot over.

Minutes into the second half Ben Mohamed fired in a shot but it was a weak effort and Drogheda keeper Schlingermann was able to gather the ball. In the 52nd minute Drogheda’s Tiernan Mulvenna squandered a great opportunity; after working his way into the box he was forced out wide by the Town defence and his shot was blocked. While the ball came back in, the danger was cleared.

Drogheda were to rue that chance as in the 60th minute the Town got their second goal when the first goalscorer David O’Sullivan turned provider to leave Mark Salmon with the easiest of tap-ins.

Two mintues later the Town very nearly got another goal but Schlingermann was alert to the danger in advancing to gather the ball ahead of O’Sullivan.

Drogheda only played in patches but still had players that could cause problems. In the 66th minute Cathal Brady found Daryl Kavanagh but his shot was well saved by Town keeper Paul Skinner.

In the 75th minute Drogheda were reduced to 10 men when Thornton was sent off for a robust tackle on Mark Rossiter as things went from bad to worse for the home side.

The Town contined to apply pressure and 10 minutes from time Gary Shaw was unlucky not to grab a goal as his effort went wide.

In the 82nd minute Longford got their third goal;substitute Kalem Simon played the ball across the face of the Drogheda goalmouth and it was finished to the net by Mark Salmon for his second goal. Right at the end Salmon could have completed a hat-trick but his shot just went wide.