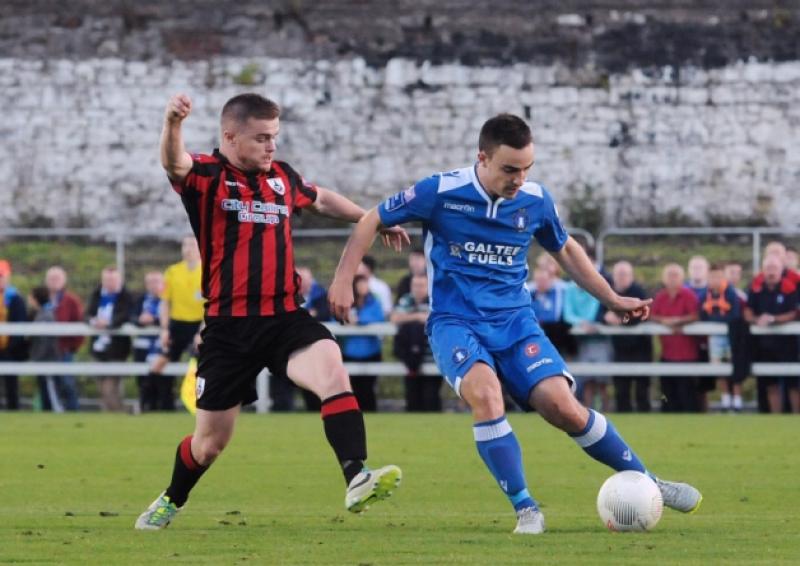 Longford Town showed true grit in coming from behind twice to draw against a resurgent Limerick side in a thrilling Premier Division league clash at the Markets Field on Monday night last.

Longford Town showed true grit in coming from behind twice to draw against a resurgent Limerick side in a thrilling Premier Division league clash at the Markets Field on Monday night last.

Things look bad for the Town in this vital game when they went 2-0 down but goals from Rhys Gorman and Mark Salmon levelled matters. Limerick regained the lead just after the hour mark but Stephen Rice scored the equaliser 10 minutes later as Longford held on for a valuable point.

Results on Monday night once again went the Town’s way with Bray Wanderers the only team around them to win, pulling four points ahead of Longford in the table with a game in hand. The sides meet at City Calling Stadium on Saturday August 29th.

With Pat Sullivan suspended for the Limerick game, Jamie Mulhall slotted in at right-full while Mark Salmon returned from suspension and took his place in midfield with Philip Gannon dropping to the bench. Mark Rossiter returned to the Town defence with Martin Deady making way. Once again Town manager Tony Cousins played just one striker up front; Gary Shaw.

Limerick’s Dean Clarke had the first effort on goal but his shot was blocked by the feet of Paul Hunt in the 7th minute. Mark Rossiter then put a Vinny Faherty cross out for a corner in the 9th minute with Paudie O’Connor heading over the corner.

In the 15th minute the home side broke the deadlock; Ian Turner got into the box and shot straight past Paul Hunt. Three minutes later Limerick doubled their advantage when Shane Tracy finished off Lee Lynch’s cross.

Gary Shaw had a chance for the Town in the 22nd minute but his weak header failed to trouble Limerick keeper Freddy Hall.

Longford then had two free-kicks cleared as they tried to find a way to get back into the game. In the 31st minute, the Town pulled a goal back when Rhys Gorman headed home Ayman Ben Mohamed’s corner.

That gave Longford a big lift and three minutes before the break they drew level through Mark Salmon after he got the better of the Limerick defence.

The Town had the first chance in the second half when Shaw brought a save out of opposing keeper Hall in the 49th minute. But Limerick battled their way back into the game and regained the lead in the 62nd minute when Shane Duggan’s cross picked out Robbie Williams and he made no mistake in finding the back of the net.

Dean Clarke tested Paul Hunt minutes later but the Town keeper made a good save from point blank range. Turner then found Faherty but he fired over the bar.

Limerick were left to rue not putting away those chances when in the 72nd minute the Town were back on level terms again; Conor Powell’s free-kick met the head of Stephen Rice who looped the ball over Limerick keeper Hall and that was the way it finished.