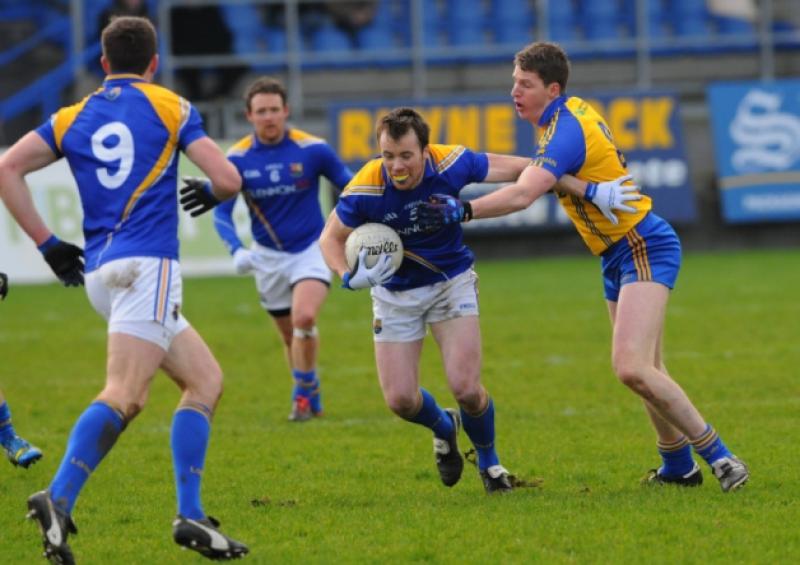 Short several regulars with new manager Jack Sheedy fielding just five members of the team that started against Wicklow in the Leinster Championship last year, understrength Longford were eventually found out against Roscommom in Round 1 of the National Football League at Pearse Park on Sunday last.

Short several regulars with new manager Jack Sheedy fielding just five members of the team that started against Wicklow in the Leinster Championship last year, understrength Longford were eventually found out against Roscommom in Round 1 of the National Football League at Pearse Park on Sunday last.

A number of newcomers were introduced, with Colmcille’s Paul McKeon making his mark by firing over four points (three frees), and fringe members of the squad in recent seasons also got their chance under the Sheedy regime but Longford were left to rue the fact that they failed to make greater use of the strong wind in the first half.

A total of five costly wides (two frees) were kicked as the far too defensive home county had to be content with a slender 0-7 to 0-4 lead at the break and it was always going to be a fierce struggle on the changeover despite the arrival of Sean McCormack on the pitch in the 43rd minute.

Another experienced player, Shane Mulligan, was also brought on as Longford tried to get something from this crucial game and it might have been a different story had another substitute, Mark Hughes, managed to find the back of the net when presented with a great chance of a goal in the 61st minute but he blasted the ball over the bar.

That proved to be Longford’s last score of a generally scrappy game which was littered with mistakes and Roscommon finished the stronger with a point apiece from Kevin Higgins (64 mins) and Cathal Cregg (68 mins) clinching a hard earned win for the unimpressive visitors who started newcomer Mark Nally in the attack, son of former Ballymahon footballer Frank Nally.

Longford substitute Brian Farrell wasted a couple of decent chances late on in a match of little quality and the fact that two courageous corner-backs stood out, Roscommon’s Seanie McDermott and the home captain Dermot Brady, is a clear reflection of the overall poor entertainment value that was provided for the disappointing attendance in the region of 1,200.

This is a transition period for the Longford senior team, who cannot afford to be minus the services of such key players as Paul Barden, Brian Kavanagh (ruled out with a hamstring injury) and Declan Reilly, while they also had to face Roscommon without Michael Quinn who was serving a one match suspension from the All-Ireland Round 2 Qualifier against Wexford last July. Quinn will be back for the difficult league fixture away to Limerick at the Gaelic Grounds on Sunday next.

Looking at the overall performance against Roscommon with the emphasis very much on the frustrating blanket defence system, Jack Sheedy must have been pleased with the big impact John Keegan made at centrefield but the new-look attack only succeeded in scoring four points from play on Sunday last through Paul Mc Keon, the prominent Shane Doyle (who had a close range goal attempt saved by opposing keeper Darren O’Malley in the opening minutes of the second half), Cian Mimnagh and Mark Hughes.

The other six points all came from frees converted by Mc Keon and Francis McGee, three apiece. The turning point of the game materialised when Roscommon enjoyed a glorious spell between the 55th and 57th minutes that yielded three points (two frees) in a row from Senan Kilbride, the highlight of which was a spectacular strike from near the sideline.

Prior to that scoring burst Longford were leading 0-9 to 0-7 following a point apiece from McKeon (free) and Mimnagh (play) but when Cathal Cregg fired over a terrific effort for Roscommon in the 59th minute they were now 0-11 to 0-9 ahead and were always looking the likely winners from there until the finish.