LONGFORD TOWN BACK ON TRACK IN VITAL VICTORY 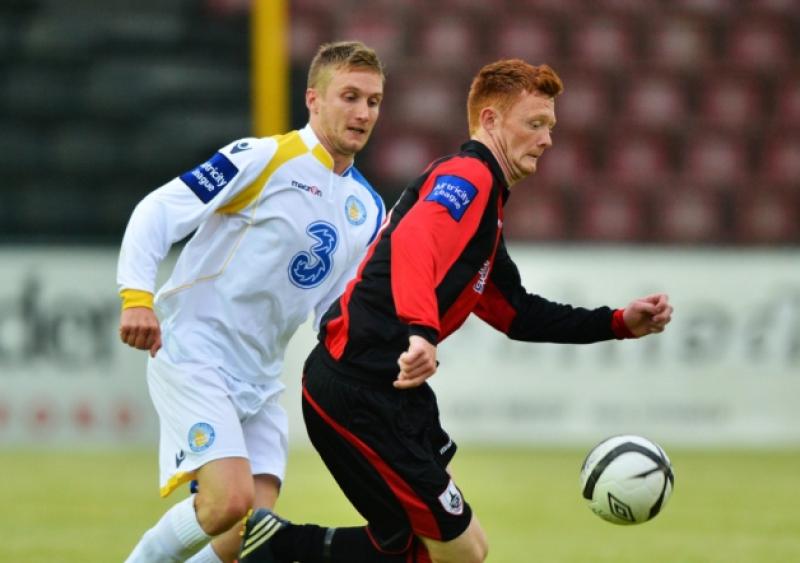 After dropping points in their previous two games, Longford Town got back on track on Saturday evening last with a vital victory over Waterford United at City Calling Stadium.

After dropping points in their previous two games, Longford Town got back on track on Saturday evening last with a vital victory over Waterford United at City Calling Stadium.

Due to recent results Town’s lead at the top was cut to four, in fact with Athlone winning the night before there was just one point between the two midlands clubs.

It was Town who had the first real chance on goal when Rhys Gorman played in David O’Sullivan but Waterford keeper Craig Hyland did well to save from the striker in the 17th minute.

Hyland turned from hero to villain one minute later when he brought down David O’Neill in the box. Referee Adriano Reale didn’t hesitate in pointing to the spot and producing a red card to Hyland. Substitute keeper Chip Saunders was then beaten by O’Sullivan.

After that setback Waterford tried hard to get back into the game. In the 36th minute Town defender Des Hope put in a fantastic tackle to deny Paul Quilty who was through on goal.

The visitors had another chance in the 51st minute; Jack Doherty’s corner from the right found Kevin O’Connor who headed the ball down for Seamus Long but he blasted his effort over the bar.

Three minutes later the Town scored again when left-back Glen O’Connor found the back of the net with a free-kick from about 25 yards out but five minutes later Waterford pulled a goal back.

John Frost’s powerful long range shot hit the arm of defender Willie Tyrrell and the referee pointed to the spot. Doherty stepped up and beat Bennion with the spot-kick.

From there until the finish chances were created by both sides. Kevin O’Connor’s strike from 30 yards out just went wide for Waterford in the 65th minute while Keith Quinn had a great chance for Longford but his effort went inches wide.

Waterford continued to pile on the pressure and nearly levelled matters in stoppage time when Doherty’s cross from the left met Vinny Sullivan but he blasted the ball over the bar.