“Still a long way to go in title race” - Cousins 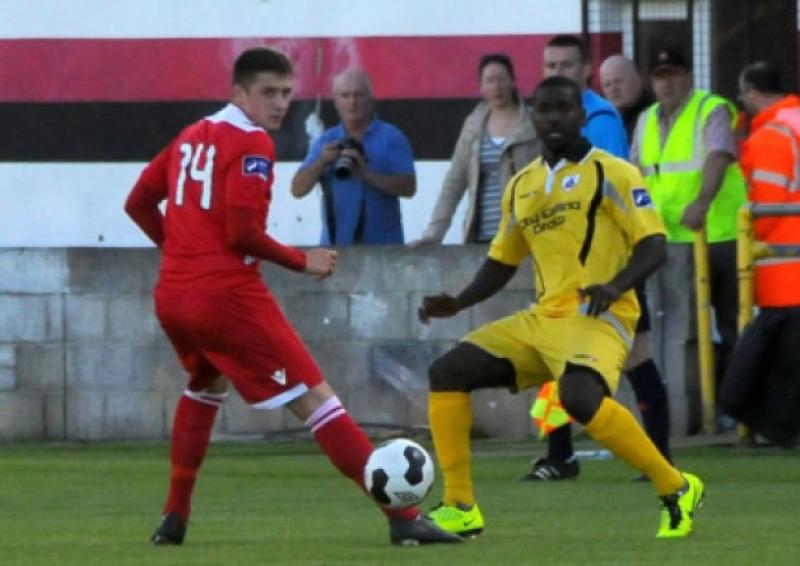 After watching his side move to the top of the First Division table on Saturday night for the first time this season with a resounding 3-0 win over Shelbourne at City Calling Stadium, Longford Town boss Tony Cousins admitted that there is still a long way to go in the title race.

After watching his side move to the top of the First Division table on Saturday night for the first time this season with a resounding 3-0 win over Shelbourne at City Calling Stadium, Longford Town boss Tony Cousins admitted that there is still a long way to go in the title race.

“No one is getting carried away. We haven’t won the league tonight by beating Shels and that’s important to emphasise. The next game is against Wexford and our focus is on them. They are well organised outfit” he said.

The win followed on from the Town’s 3-0 victory over Galway FC at Eamon Deacy Park the previous week. At this stage of the season where they have struggled in recent campaigns, Cousins is delighted with the start they have made to the third phase of fixtures.

“We have kicked on from the Galway game and both that performance and the subsequent win over Shels were very good results. I thought we could have won by more against Shels. Up to the break in the game for the injury stoppage in the first half we could have been 3 or 4 up. I thought it broke our rhythm up a bit.”

Longford Town were full value for their most emphatic win. The game changed in a three minute spell in the second half when both sides were reduced to 10 men before the Town eventually broke the deadlock.

Cousins felt that full-back Glen O’Connor was unlucky to receive a straight red card for a tackle on Shels opponent Dylan Connolly but the rules left the referee with no other option.

“The sending off was a harsh one. It’s hard for the players and the referee because of the rules at the moment. It’s a difficult decision for the referee. It’s one of those things. Glen had to make the tackle and I think, at most, it was a yellow card offence.”

Striker David O’Sullivan was on target twice while Gary Shaw also grabbed a goal in a very important win for the Town. It was another clean sheet for the formidable Longford defence and Cousins is pleased with the side that he has assembled and the fact they are performing well at both ends of the pitch.

“The most important thing is that we have a very good group of players. Don’t forget the likes of Gary Shaw and Mark Salmon have got stronger. Paul Hunt has come in as well while David O’Sullivan and Willie Tyrell have progressed so well from their previous stint in Junior football. It was also important we got really good professionals in,” said Town manager Cousins.