LONGFORD TOWN IN DANGER OF MISSING OUT ON THE PLAY-OFFS 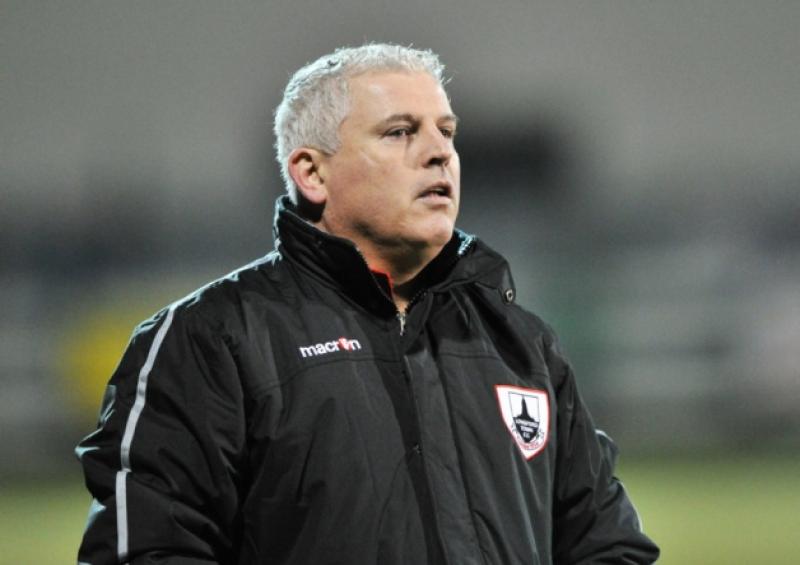 Longford Town are in danger of missing out on the promotion play-offs after suffering a significant defeat against Mervue United at Fahy’s Field in Galway on Friday night last.

Longford Town are in danger of missing out on the promotion play-offs after suffering a significant defeat against Mervue United at Fahy’s Field in Galway on Friday night last.

It was a disappointing night all round for Longford who finished the game with 10 men and this result, coupled with Athlone’s win over Waterford, meant that their midland rivals clinched the First Division league title.

Mervue are now just one point behind the Town with two games left, although Longford are still in second place courtesy of their superior goal difference over the other play-off contenders Waterford United.

Longford started brightly with Ryan Connolly having the best chance in the 11th minute but his effort from 25 yards out just went over the crossbar.

The home side began to come more into the game and broke the deadlock in the 32nd minute when Ryan Manning played the ball into Duffy who shot to the bottom corner of the net.

In the 58th minute Gary Shanahan had a chance to get a second goal for Mervue when his shot came off Bennion and then off the top of the post before the danger was cleared. The Galway side had the ball in the net for a second time in the 72nd minute but Stephen Walsh’s goal was ruled out for offside.

Longford, down to ten men, tried to get something out of the game in the final 10 minutes with Des Hope twice denied with close range headers while David O’Sullivan and Gary Shaw also had efforts as time ran out for Tony Cousins side.

Longford Town now face a must win game at home to Wexford on Saturday next before their final fixture away to newly crowned First Division champions Athlone on Saturday October 12th.