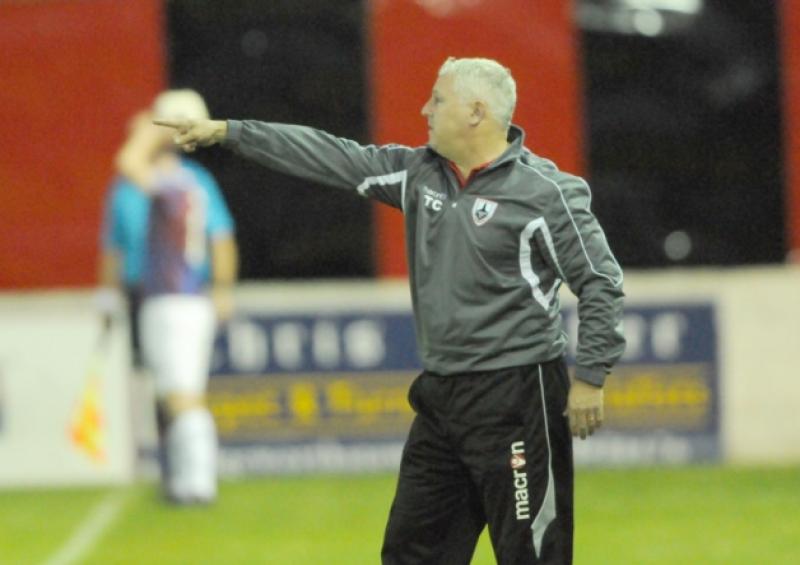 Pre-season preparation is done and on Friday night

Pre-season preparation is done and on Friday night

Longford Town will begin their Premier Division campaign with an away game against the reigning league champions Dundalk at Oriel Park.

It has been billed as the ‘clash of the champions’ and Town manager Tony Cousins told the Leader that the 2014 First Division title winners are relishing the trip to Oriel Park.

“I think it’s a tremendous game for the players. Dundalk did brilliant last year in winning the league and Stephen (Kenny) showed how good a manager he is. But we are going there on Friday to get a result, after all we are league champions ourselves. We are look forward to it. We have worked hard to get into the Premier Division and we don’t want that to be undone this year.”

After the trip to Dundalk, the first home game for Longford Town is against Shamrock Rovers. Tough games will come thick and fast for the club but Cousins said the team will be fearless this season.

Cousins has kept faith with most of the players that got the Town promoted last season. He doesn’t like too much player disruption in the squad and pointed out that the players wanted to remain loyal to the club.

“The players really enjoyed the success last season and love lining out for the club. There is great togetherness in the dressing room and players didn’t want to leave the club. What we didn’t want to do was go up and bring in a whole batch of new players because we knew we weren’t going to throw big money at it. The goal was to develop a few of our own players and see if they were good enough for the step up.”

The current Town squad has a good blend of youth and experience. Developing young players is something that Cousins feels is important for the club. “As well as your experienced players you need young lads coming through so it’s always something you are looking out for. It’s good for the group to have quality young players around. That’s the important thing; they are able for the training and you can develop them from there.”

Ahead of the new season, Tony Cousins has no target set for where he wants his side to finish and he will be taking it game by game.

“I’m setting no targets for the players. The most important thing is that we focus on every game. At the end of the day we have got to make sure we are competitive and still in the Premier Division come the end of the season. There are seven teams training full-time, including the other promoted club Galway, and that’s what you are up against. But the one thing I have got is a great group of players who are capable of competing in the top flight.”