Longford Town away to Athlone Town on Friday 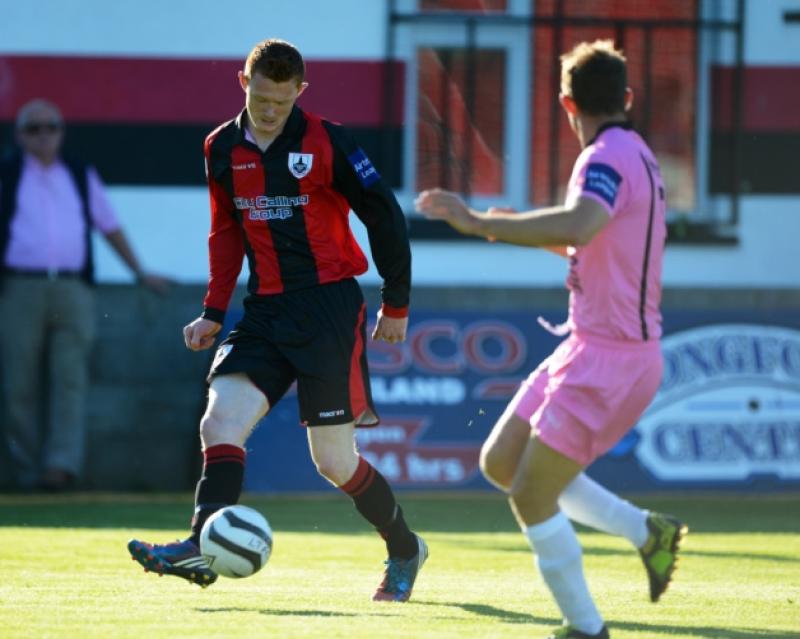 Tony Cousins takes his in-form Town team to Athlone on Friday night next to play Roddy Collins side who are now in joint second place alongside Mervue United, both of whom had good victories over the weekend.

Tony Cousins takes his in-form Town team to Athlone on Friday night next to play Roddy Collins side who are now in joint second place alongside Mervue United, both of whom had good victories over the weekend.

Going into last weekend’s fixtures the Town were seven points ahead of both Finn Harps and Wexford Youths but the table has changed since then after the Town’s 3-1 victory over Wexford and Athlone’s deserved victory over Finn Harps at Finn  Park.

The Town went into the game against Wexford minus Noel Haverty, Des Hope and Etan Nkololo who were all injured while Keith Gillespie and Willo McDonagh missed the game due to suspension. On the plus side for Tony Cousins, Corie Tracy is back to full fitness and he slotted in alongside Brian McCarthy in the centre of the defence while David O’Neill played at right-full.

Former Wexford player Gavin Doyle played in midfield in the absence of Gillespie. The Town will be hoping that Haverty will be fit to play against Athlone but his replacement David O’Neill had a fine game at right-full against Wexford. Keith Gillespie, who served a one match ban for accumulation of yellow cards, will be available for the local derby. Keith Quinn had possibly his best game for the Town to date in the central midfield role.

David O’Sullivan is the talk of the League of Ireland at the moment and rightfully so as he scored two more goals against Wexford to prove that he a super  striker.

Athlone under new  manager Roddy Collins have been doing pretty well in the league this season with five wins, five draws and three defeats to date. In the last league meeting between the clubs Longford won 2-1 with the goals came from Noel Haverty and David  O’Sullivan.

The Town also won the EA Sports Cup meeting between the clubs at Lissywollen on a 2-0 scoreline.

Let’s hear the Longford roar on Friday evening and hopefully push us to another three points.