Longford Town no match for
St Patâ€™s in disappointing defeat 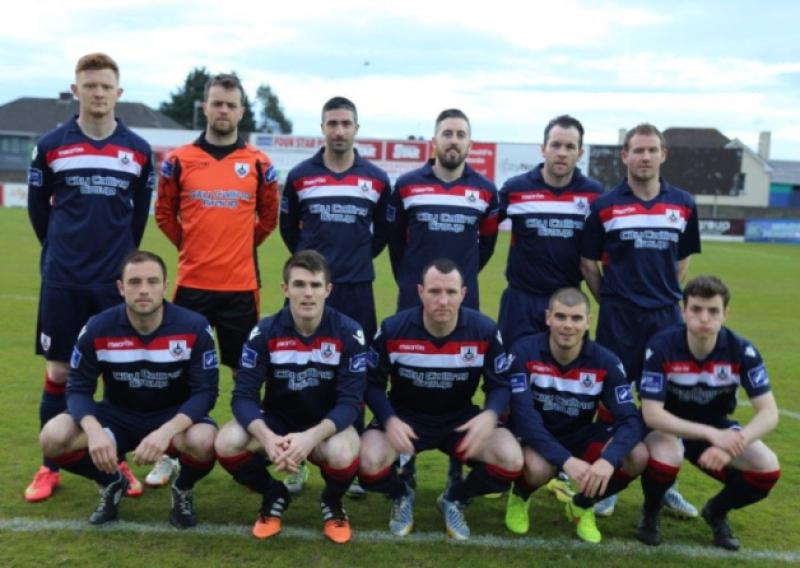 Longford Town returned from the mid-season break and crashed to a disappointing defeat as they proved no match for a superior St. Patrickâ€™s Athletic side in the Premier Division league clash at Richmond Park on Friday night last.

Longford Town returned from the mid-season break and crashed to a disappointing defeat as they proved no match for a superior St. Patrickâ€™s Athletic side in the Premier Division league clash at Richmond Park on Friday night last.

When the sides met earlier in the season at City Calling Stadium, the Town threw away a 2-0 lead to draw 2-2 with St Patâ€™s in an entertaining encounter but on this occasion in Inchicore it was a one-sided affair.

Chris Forrester was the main man, scoring two goals in the first half while James Chambers added a third shortly after the break.

With Pat Sullivan and Willie Tyrrell suspended and Pat Flynn and Don Cowan injured, Longford Town manager Tony Cousins had to make changes. For another reason Ayman Ben Mohammed was on the bench with Conor Powell starting in his place. Cousins decided to play Gary Shaw up front, on his own, with Mark Salmon behind him. Kaleem Simon, who started on the right wing, would have been a better option behind Shaw.

The Town should have been awarded a free-kick in the second minute when Simon was fouled but referee Paul Tuite waved play on. Mark Salmon should have done better with his delivery minutes later before Patâ€™s got into the game.

The home side had chances but nothing to trouble Town netminder Paul Skinner. A Conor Powell free-kick in the 10th minute forced Patâ€™s keeper Brendan Clarke into punching the ball clear.

St Patâ€™s continued to threaten and in the 18th minute they broke the deadlock; Sean Hoare played the ball into Forrester and his delightful lob over Skinner ended up in the net. In the 23rd minute Salmon had a chance for Longford but his effort went over the bar.

Salmon had another chance in the 30th minute after some good play from Gary Shaw who had raced into the box and then set up Salmon but the latter blasted his shot high and wide.

In the 33rd minute the Town again created a chance but Shawâ€™s header from Mark Rossiterâ€™s free-kick was gathered by opposing keeper Clarke.

Minutes from the break St Patâ€™s doubled their advantage; Martin Deady was adjudged to have fouled Aaron Greene in the box and Forrester made no mistake from the penalty.

Longford decided to make a change at the break and introduced David Oâ€™Sullivan for Kaleem Simon but four minutes into the second half St Patâ€™s got their third goal when Conor McCormackâ€™s pass was finished to the net by James Chambers.

Stephen Rice then played a neat ball into the direction of Oâ€™Sullivan in the 57th minute but there was no connection for a chance of a consolation goal. Aaron Greene then had an opportunity to get a fourth goal for St Patâ€™s but his header was off target.

Minutes later Ian Bermingham played a lovely ball into the box but Greene couldnâ€™t put the chance away. In the 69th minute Town substitute Ben Mohammed made a great run but his shot was deflected out for a corner.

Both sides had chances during the remainder of the game but no more goals materialised. This latest setback sees Longford Town slip to 7th in the table and they will be hoping to get back on track against Bohemians at City Calling Stadium on Saturday.