Crunch clash away to Athlone Town 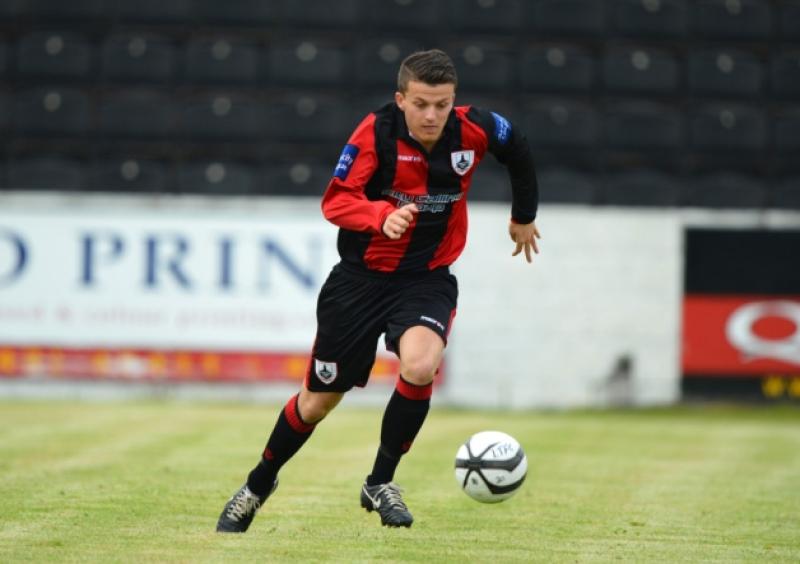 Longford Town travel to First Division champions Athlone Town on Saturday night next where they need to get another win to guarantee themselves a place in this year’s promotion play-offs.

Longford Town travel to First Division champions Athlone Town on Saturday night next where they need to get another win to guarantee themselves a place in this year’s promotion play-offs.

Athlone were crowned champions two weeks ago when they won against Waterford and the Town lost to Mervue in Galway that same night. Since then Athlone travelled to Finn Park on Friday night last and for the first time in around twelve weeks they lost to Peter Hutton’s erratic Harps on a 3-2 scoreline.

Up to last week’s game they were winning many games on a one nil scoreline because their manager had moulded their back four into a very tight unit. One has to say Roddy Collins has done a tremendous job with his team and it will be a test of his managerial skills next season when he takes his new club into the Premier Division in 2014.

His keeper Paul Skinner has kept many clean sheets this year and must be rated one of the best in the League alongside our own Chris Bennion who has been in great form this year despite our team conceding thirty three goals in twenty six league games.

Garvan Coughlan is another very underrated player who was on loan with the club from Limerick and he had a big say in their promotion run-in. Former Monaghan United player Barry Clancy is another exceptional player who may be small in stature but he has a great engine in the midfield. Young Ian Sweeney is definitely a player for the future as he proved on quite a few occasions this season.

The two Towns played each other three times in the League this season with Athlone taking the bragging rights in two of the three and we won one – the first meeting at City calling stadium at the end of April. On that occasion the game ended 2-1 in favour of Longford with goals from Noel Haverty and David O’Sullivan while Ian Sweeney scored a cracker in reply at the very end of the game. Looking at the team that started that game only three started against Wexford on Saturday last.