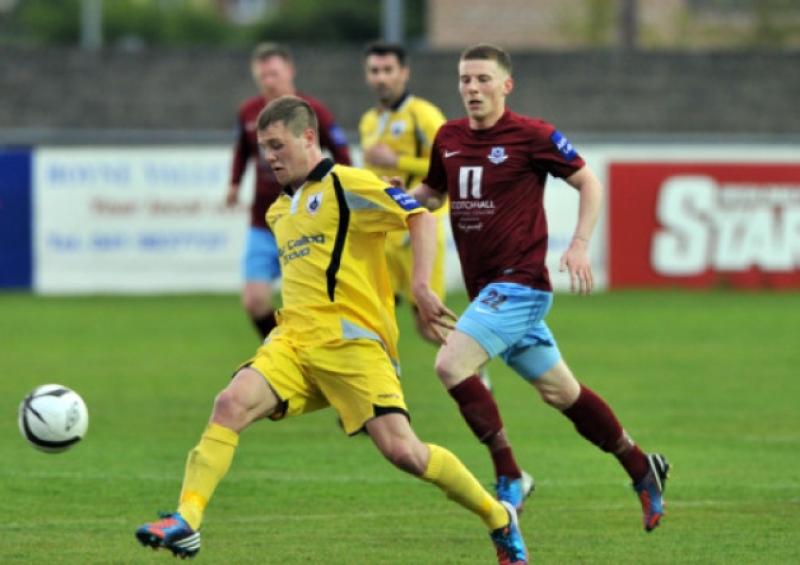 A dismal performance from Longford Town saw them knocked out of the EA Sports Cup by the holders Drogheda United in a completely one-sided second round tie at Hunky Dorys Park on Monday evening last.

Premier Division side Drogheda were good and clinical while the Town were dreadful and didn’t compete at all which was the most disappointing aspect of this embarrassing defeat. Longford manager Tony Cousins made seven changes from the Cobh game but very few impressed with regular Noel Haverty their best player by a long way.

Drogheda were dominant right from the start and inside the opening five minutes Dean Gaynor and Paul O’Connor both had chances and in the 10th minute the home side broke the deadlock; a lovely ball in from Jason Marks found Gaynor at the far post and he made no mistake.

In the 26th minute Drogheda doubled their advantage thanks to terrible defending once again from the Town as Jason Marks found the back of the net. With the Longford defence all over the place, Drogheda scored a third goal three minutes later - Gaynor with the cross from the right for Marks to finish to the net from close range.

Drogheda keeper Gabriel Sava had a quiet time with not one save to make because the Town didn’t create any chances but in first-half stoppage time they very nearly pulled a goal back when a corner from the right was swung in but Des Hope directed his header wide.

Drogheda started the second half brightly with Peter Hynes long range strike bringing a good save out of Town keeper Hunt. In the 53rd minute Drogheda were awarded a penalty when Keith Quinn brought down Hynes in the box and Marks stepped up to take the spot kick but Hunt produced a fine save.

Six minutes later Hynes was upended in the box by Town defender Willo McDonagh and made no mistake from the penalty to make it 4-0. Drogheda went on the attack again in the 61st minute but Hunt made a fine save from Graham Rusk. In the 68th minute Town created a chance but Noel Haverty headed over the bar after connecting with a Daniel Purdy free-kick

Five minutes later Drogheda got goal number 5 through defender Alan McNally who hit the target and it got even worse for Longford minutes later when they conceded a sixth goal with Rusk getting his name on the scoresheet to complete the demolition job.