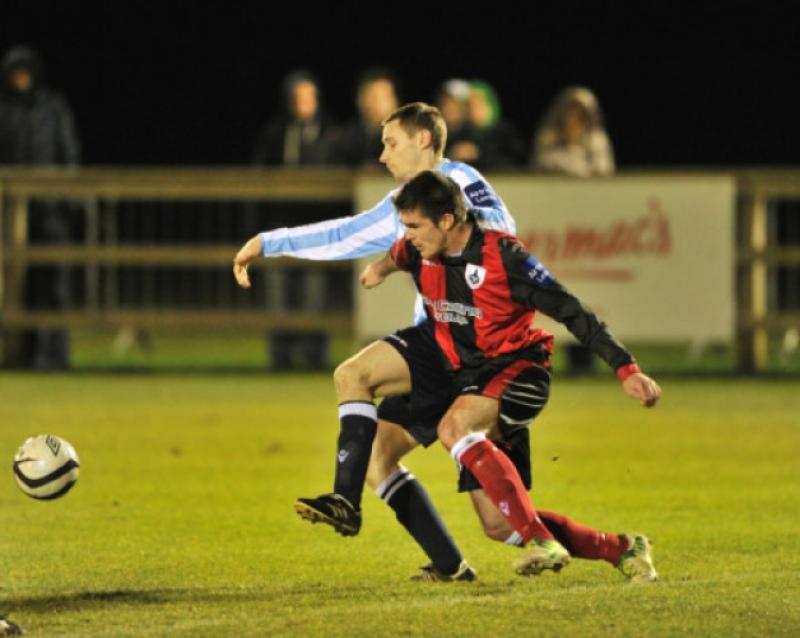 David O’Sullivan was the Longford Town hero as the midlanders made a great start to the new season with a convincing win over a much depleted Salthill Devon side at the Drom grounds in Galway on Friday night last.

O’Sullivan, the FAI Intermediate Player of the Year last season, scored a second half hat-trick. Another new signing Josh O’Hanlon also made a name for himself, grabbing a goal on his league debut. Not since Dave Mooney back in 2007 have the Town had a goal poacher like O’Sullivan. A lot has been made about the former Wayside Celtic player and if his performance on Friday night is anything to go by he could well and truly turn into the find of the season.

The way O’Sullivan took his goals in Galway and the fact he came from a non-league side mean there’s comparisons being drawn between him and legendary striker Keith O’Connor who helped the Town get promoted back in 2000. Can O’Sullivan continue to make a similar impact this season?

It wasn’t a vintage display from the Town and the football in the first half was very poor. It certainly didn’t do much to warm the hardy souls who travelled down from Longford for the game, watched by a very small attendance in the region of 150.

Although they had a good win over Salthill there are still certain areas in the team that needs to be addressed with crucial league games against Waterford United and Finn Harps coming up. They also have injuries to key players to contend with but they do have versatility in the squad and that should help.

Daniel Purdy got the opening goal for the Town in the 11th minute when his free-kick from the edge of the box got a slight deflection off an unlucky Salthill defender. Purdy had a chance minutes before that to break the deadlock when Keith Quinn played a lovely ball over the top to Gary Shaw who directed a header into Purdy’s path but he shot just wide.

After Willo McDonagh’s header was saved by Salthill keeper James Keane, Longford suffered a double blow when both Quinn and Shaw had to go off injured. Quinn’s setback was the most serious and it was unfortunate on him because he had been playing very well.

The home side eventually created a chance five minutes from the break with Nicky Curran’s shot just going wide. After a below par first half display, the Town upped their game on the changeover on their way to a most emphatic win.

In the 56th minute the visitors doubled their advantage; Josh O’Hanlon did very well to get into the box and play a neat pass to O’Sullivan who found the back of the net from close range. The same duo combined again in the 64th minute, only this time the roles were reversed. O’Sullivan with the pass and O’Hanlon with the finish to extend the lead and they formed a formidable partnership in linking up effectively on numerous occasions.

Two minutes later Longford scored again when former Salthill player Etanda Nkololo set up O’Sullivan for his second goal and after O’Hanlon was denied by the home keeper Keane in the 75th minute, O’Sullivan hit the target again to complete his hat-trick in the closing stages of this one-sided encounter.