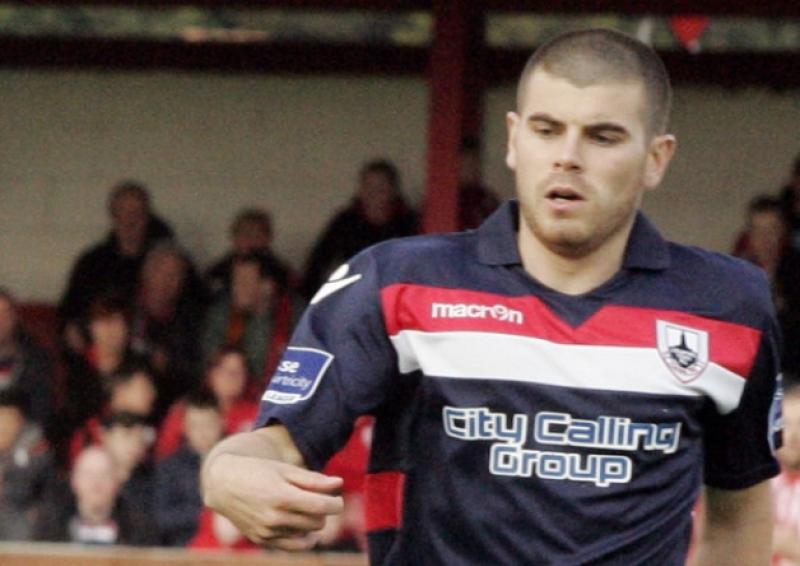 Longford Town ended the second series of games in the Airtricity League Premier Division with a disappointing defeat against Derry City at the Brandywell on Friday night last.

Longford Town ended the second series of games in the Airtricity League Premier Division with a disappointing defeat against Derry City at the Brandywell on Friday night last.

Derry have endured a fierce struggle to find the back of the net for most of the season but it all came right on this occasion as a brace from Mark Timlin and an own goal from Pat Sullivan eased their relegation fears in moving to within four points of the Town on the table.

Derry were full value for the win against a Town side that never looked like troubling the home keeper Ger Doherty. It was a poor performance from Longford and things are getting tight in the battle to avoid a relegation play-off.

Straight from the start, Derry were in control. After three minutes they had their first chance on goal; Stephen Dooley with the pass to Barry McNamee but Town keeper Paul Hunt saved.

Six minutes later and Derry got their first goal when Town defender Pat Sullivan attempted to clear Pat McEleney’s effort but he ended up putting the ball in his own net.

Derry then went in search of a second goal. In the 19th minute Ryan McBride directed a header over the bar and moments later they extended their advantage. In a well-worked move Pat McEleney found Mark Timlin who unleashed an stoppable shot into the back of the net.

Although the Town did enjoy a period of possession, they could not create any decent chances. Timlin was causing the Longford defence a lot of problems and he could have scored again in the 34th minute but was flagged for offside.

Four minutes from the break, Derry went close to getting a third goal when Stephen Dooley blasted the ball over the bar after linking up with Barry McNamee.

In first half stoppage time Derry were awarded a free-kick after Jack Doherty fouled Timlin but it came to nothing and Town were able to clear the danger.

Derry started well in the second half in putting on the pressure and Longford never really looked like getting back into the game. Don Cowan was introduced on the hour mark in the hope of improving matters for the visitors but Derry were determined not to let a badly needed victory slip from their grasp.

In the 72nd minute Conor McCormack nearly marked his Derry debut with a goal. McNamee passed the ball into McCormack but the former St. Pat’s player had his effort saved by Paul Hunt.

Minutes later, Mark Timlin scored Derry’s third goal to put the issue beyond all doubt as the Town defence was once again exposed.

Longford tried hard for a consolation goal in the closing stages of the game but a resolute Derry defence stood firm. In the 83rd minute Mark Salmon’s shot from about 20 yards out just skimmed the post.

Five minutes later the Town had another chance. Derry keeper Ger Doherty parried David O’Sullivan’s effort and while the ball fell to Conor Powell, he was denied by opposing defender Dean Jarvis.