Longford Town away to Salthill Devon on Friday 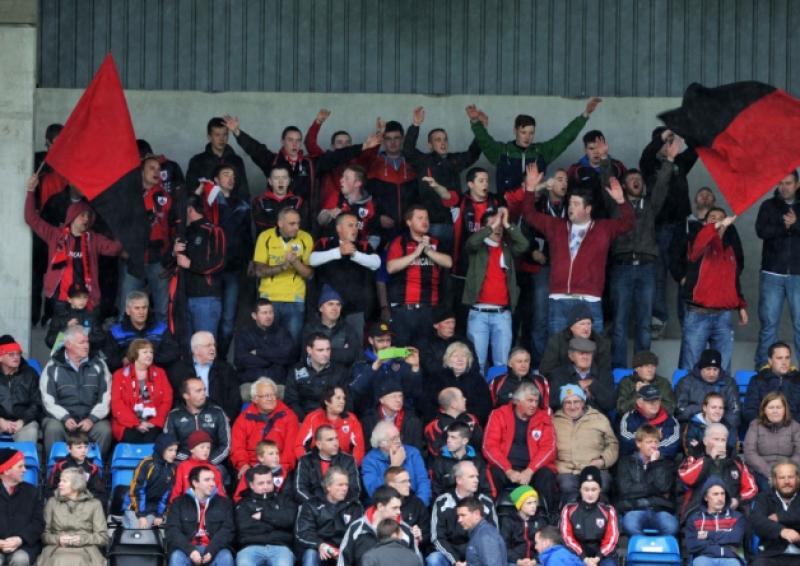 The Town play their first game after the mid-season break on Friday night next when they travel to Drom to take on Tony Mannion’s fast improving Salthill Devon.

The Town play their first game after the mid-season break on Friday night next when they travel to Drom to take on Tony Mannion’s fast improving Salthill Devon.

Back in the end of May Salthill were sitting on the bottom of the table but their fortunes have changed since then. They had their first win of the season at St Colman’s Park when they beat Cobh Ramblers 2-1 and the matchwinner was Enda Curran who scored both goals for Salthill.

The following weekend they gave Shamrock Rovers a real fright at Drom in the FAI Ford Cup when they lost 2-0 to two late goals from Dennehy in the 62nd and 90th minute.

The following weekend they lost 3-2 to Waterford United at the RSC. On that occasion Curran scored both goals for Salthill in the 35th min (pen) and in the 48th minute.

The weekend before the break Salthill caused a major surprise when they beat Finn Harps at Drom on a 2-1 scoreline. Curran once again was on the scoresheet as he gave his team the lead in the 49th minute. Funston equalised for Harps in the 82nd minute but Gilmore secured full points for Salthill with an 89th minute winner.

Salthill are only two points behind Cobh Ramblers at the moment at the bottom of the table but they will be without leading scorer Curran this weekend due to suspension for yellow cards.

The teams met twice this season and the Town have two wins as they won the opening day game at Drom on a 5-0 scoreline. That game introduced the Airtricity League to David O’Sullivan who scored a hat-trick. Daniel Purdy and Josh O’Hanlon were the other Town scorers.

The second meeting between the clubs at City Calling stadium was a much closer affair when the Town scored a 2-1 victory with O’Sullivan getting the winner in the 93rd minute.

The Town have quite a few players unavailable for the game on Friday due to injuries and suspension. Willo McDonagh is out again due to suspension and Brian McCarthy also misses the game through suspension for yellow cards.

Des Hope is still out through injury and Michael Lee will not be available this season due to a groin injury while Mark Salmon picked up a very bad injury in Athlone.

On the plus side for Tony Cousins is that Noel Haverty should return to the team after being out for a few weeks through injury and Ethan Nkololo should also be fit to resume against his former club.

With a shortage of central defenders at this stage manager Cousins may have to move Willie Tyrell into the centre and could give a debut to defender Glen O’Connor who recently joined the club from St. Patrick’s CYM. O’Connor has been touted as one of the best left backs in the Intermediate grade and quite a few big clubs were after his signature.

Young Rhys Gorman made his debut against Athlone on Friday week and the former Shamrock Rovers under 19 player of the year could prove to be a vital asset with Mark Salmon out of action.