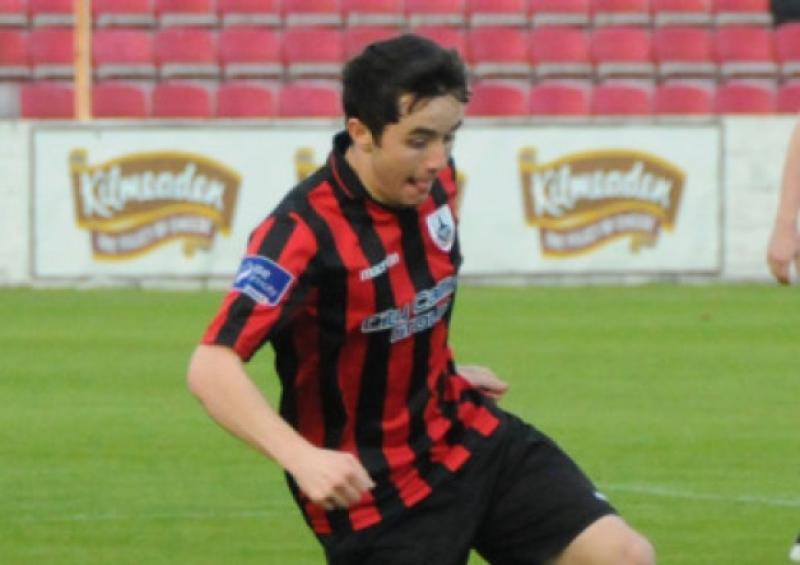 Longford Town are just one win away from taking the league title and clinching promotion to the Premier Division after beating Waterford United at the RSC coupled with second place Shelbourne losing to Finn Harps.

Longford Town are just one win away from taking the league title and clinching promotion to the Premier Division after beating Waterford United at the RSC coupled with second place Shelbourne losing to Finn Harps.

Over the past few weeks the Town manager Tony Cousins had stressed that the title was very much in their own hands but after doing what they needed to do with a win on Friday night, the result from Finn Park was a huge bonus and was greeted with loud cheers from the Town dressing room. It is now definitely advantage to Longford with two games remaining and they will be crowned First Division champions this Friday night with a win against Shamrock Rovers B at City Calling Stadium.

The Town dominated the game in Waterford and should have won by more. The visitors were completely on top in the first half and also had chances on the changeover to run out easy winners. Waterford, to their credit, battled hard and near the end tried to pull a goal back but the Town defence stood firm.

Straight from the start Longford took the game to Waterford. In the sixth minute David O’Sullivan’s shot came off the crossbar and while they then enjoyed a spell of possession their next chance did not materalise until the 22nd minute. Don Cowan got to the endline and fired over a good cross but O’Sullivan directed his header wide.

Minutes later Cowan put in another cross but there was no one in the box to get the vital touch. In the 25th minute the Town eventually broke the deadlock when O’Sullivan directed a cross into the path of Gary Shaw, whose close range header found the back of the net.

Waterford had a chance in the 33rd minute when Willie John Kiely brought a save out of Town keeper Paul Hunt and then in the 38th minute Longford created another opportunity; Lorcan Shannon’s cross met the head of David O’Sullivan but his downward effort was saved by the Waterford netminder Kevin Burns.

It was all Longford at this stage and just before the break they scored a crucial second goal when defender Jamie Mulhall hit the target with a terrific strike from 30 yards out.

At the start of the second half, Shannon had a chance but his shot was cleared and then Mulhall burst into the box in the 54th minute, only to be denied by a save from Burns.

Waterford were struggling with the Town in control but for all their possession they didn’t create too many more clear-cut chances. David O’Sullivan had a strike that went wide in the 56th minute; Mark Salmon had a shot saved by Burns while a Peter Hynes effort in the 74th minute was off target.

In the 77th minute Shannon had a great chance to get the third goal but he somehow shot wide after connecting with a neat cross from O’Sullivan. Waterford then went on the attack with Rhys Gorman doing well to cut out Andrew O’Connor’s cross; Conor Whittle had another chance but his effort was deflected out for a corner while in the final minute Whittle blasted the ball over the bar after Ethan Boyle squandered a good chance.